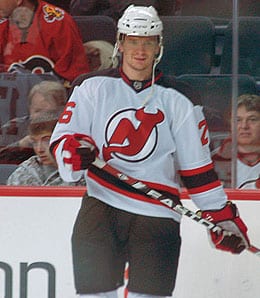 Is Patrik Elias on the way down? We’re avoiding him in next season’s draft.

Speaking for RotoRob.com, I said:

It’s hard to look at a number one pick and say they’re a sleeper, but does any top draft pick get less respect than New York Islander John Tavares? Twenty-one goals and 24 assists isn’t a fantastic rookie campaign, but Tavares isn’t playing with a lot of talent. He really hasn’t had anyone to mentor him, but his game has still managed to evolve. Tavares had an average season and I don’t think anyone is looking for him to do much better next year, but I suspect he’ll have a huge season.

In terms of a potential bust, New Jersey Devil Patrik Elias has been steadily running out of gas for the past few seasons. This season, he’s had trouble staying healthy, but also trouble scoring. This could all be a tiny bump in an otherwise great career, but it seems more likely that Elias has lost quite a few steps.

You can read the rest of this week’s Roundtable at FantasyHockey.com.

By Steven Ovadia
This entry was posted on Monday, April 5th, 2010 at 9:32 am and is filed under HOCKEY, Roundtable, Steven Ovadia. You can follow any responses to this entry through the RSS 2.0 feed. You can leave a response, or trackback from your own site.