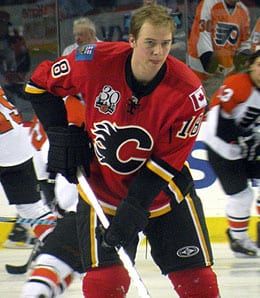 With the Flames battling for a playoff spot, Matt Stajan could be a useful pickup.

Representing the illustrious RotoRob, I went with Steve Downie, that still-hidden gem of a point-producer. Here’s what I had to say:

“I’m all over Downie, who’s going crazy playing with Steven Stamkos. He’s still available in a bunch of leagues and he’s probably the best player you’ll find on waivers at this point in the season. He’s putting up career numbers in a big, big way and while they’re hardly impressive, they’re solid. Downie should continue to put up points for you.”

Check out the rest of the Roundtable here.

By Steven Ovadia
This entry was posted on Sunday, March 14th, 2010 at 8:42 pm and is filed under HOCKEY, Roundtable, Steven Ovadia. You can follow any responses to this entry through the RSS 2.0 feed. You can leave a response, or trackback from your own site.