Fantasy Hockey Roundtable: Who Surprised the Most in the First Half? 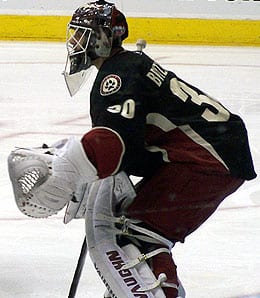 After taking the holidays off, the Fantasy Hockey Roundtable returns this week to address the question “Which player surprised you the most in the first half of the season (either by performing well above or well below your expectations) and do you think he’ll rebound or collapse? Who do you think will be the surprise player of the second half?”

Speaking for RotoRob, this was my two cents:

Michael Del Zotto of the Rangers has surprised me, both in terms of performing above and below expectations. It was shocking when he started the season so strong — putting up four goals and eight assists in October. But since then, he’s cooled considerably, scoring just one goal and eight more assists the rest of the way. Those numbers wouldn’t be so surprising if Del Zotto hadn’t had started so strong. But given that this is his rookie season, it’s probably just growing pains. I expect him to finish the season quietly.

For the second half of the season, I’m anticipating a huge dive in Sidney Crosby’s numbers. He’ll be coming out of a long postseason and the Olympics. Sid the Kid is tired and it’s already starting to show. Who knows how gassed he’ll be after playing for Team Canada?

Read the rest of the Fantasy Hockey Roundtable on RotoWorld.com.

By Steven Ovadia
This entry was posted on Tuesday, January 12th, 2010 at 8:45 am and is filed under HOCKEY, Roundtable, Steven Ovadia. You can follow any responses to this entry through the RSS 2.0 feed. You can leave a response, or trackback from your own site.