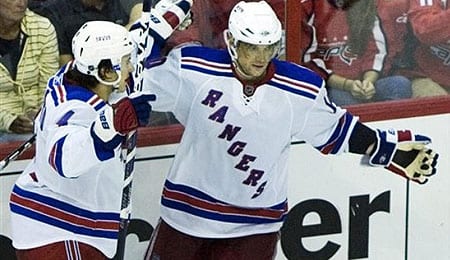 Most experts agree that Marian Gaborik (right) is poised for a major comeback this season. So far, he’s proving them right.

By Steven Ovadia
This entry was posted on Monday, October 19th, 2009 at 2:57 pm and is filed under HOCKEY, Roundtable, Steven Ovadia. You can follow any responses to this entry through the RSS 2.0 feed. You can leave a response, or trackback from your own site.