Deconstructing a Disaster (To Kill a Mock Draft) 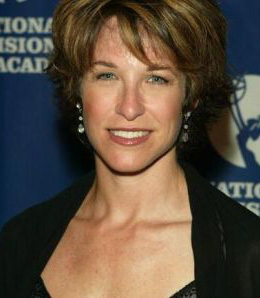 Suzy Kolber made us swoon despite some questionable draft picks.

As you may or may not know, ESPN likes to “edumacate” viewers with a mock fantasy football draft every preseason. But instead of getting people who, you know, actually play fantasy football, it lets quasi celebrities and crusty ESPN “talent” throw random darts at a board. It has been a terrible exercise from the beginning, and it just gets worse every year. I tried to avoid it this season. It just causes heartburn and upset stomachs. In fact, that should be a part of the description of the show.

But, I caught parts of it anyway, against my better judgment. Those on fantasy football forums have mocked the draft. I must exorcise the demon. ESPN actually posted the whole draft online. (Fools!) So I will, pick by pick (*gulp*) take this monster apart.

What follows is horrific. Please don’t read it without anesthetizing yourself first. I am sitting down with the draft in one hand, and a bottle of Everclear in the other. I don’t have the heart to mix my grain alcohol with anything. This is going to suck.

By the way, the “competitors” in this draft:

Merril Hoge – Probably would have benefitted having Jaws around.
Suzy Kolber – Once took the Steelers in round two of a fantasy draft. But damn, she’s cute.
Method Man – *Swig*
Chris Mortensen – Somehow comes off less knowledgeable than Method Man.
Roy Williams – Chances he takes himself in the draft? Ninety eight per cent.
Nick Bakay – Actually the best owner. *Swig*
Michael Smith – Well, at least he is aware of his lack of fantasy acumen.
Summer Sanders – Riding Phelps’ wave.

1. Hoge – Adrian Peterson – *Golf Clap*
2. Kolber – LaDainian Tomlinson – Wow. Two out of two! Maybe this year will be different! Maybe ESPN has finally come through after so much disappoinment. Maybe it has put together a mock draft that will actually help viewers! I may not even need the booze anymore!
3. Man – Frank Gore – *Chugs*
4. Mortensen – Brian Westbrook – Okay. A little woozy, but I’m hanging in there.
5. Williams – Tom Brady – Not the guy I’d take, but I can’t really fault him here.
6. Bakay – Joseph Addai – Bakay, while clearly being the best in this draft, would finish in the bottom half of every league our readers partake in.
7. Smith – Randy Moss – No, this isn’t a PPR league, at least not according to the settings.
8. Sanders – Marshawn Lynch – I think I’m in love.

9. Sanders – Tony Romo – Well, that crush lasted about five seconds.
10. Smith – Clinton Portis – Portis is kind of getting up there in years, and Steven Jackson may not hold out all season. I’m just saying.
11. Bakay – Steven Jackson – Thanks, Bakay.
12. Williams – Marion Barber – Boring, but acceptable.
13. Mortensen – Darren McFadden – Well, that’s about 30 picks too high. Congrats to Mort for taking the early lead in the “Worst pick of the worst draft in the history of the world” award.
14. Man – Peyton Manning – He just took Manning cause his surname is the prefix to the Golden Boy’s last name. Or something like that.
15. Kolber – Drew Brees – It’s way too high for Brees, but at least I like the player.
16. Hoge – Brandon Jacobs – Hoge is jealous of any back who gains more than 700 yards in a single season.

17. Hoge – Matt Hasselbeck – After the top four quarterbacks are off the board, you might as well wait a while before taking the fifth-ranked one. Hoge just skipped ahead and took the tenth-ranked signal caller. But you get the point.
18. Kolber – Maurice Jones-Drew – Kolber impressed me a little here. (Of course, it might have been those adorable moon-shaped eyes.) This makes up for the Brees pick. A little.
19. Man – Larry Johnson – Obviously, we think Johnson is to be avoided, but his value is about right for the 13th back.
20. Mortensen – Braylon Edwards – Actually, this is a decent selection. I’m not being sarcastic! Stop laughing!
21. Williams – Terrell Owens – Never let active players draft.
22. Bakay – Reggie Wayne – Correct.
23. Smith – Andre Johnson – Fitzgerald makes a little bit more sense, but okay. I’m drunk now, but at least I’m not depressed. Yet.
24. Sanders – Ryan Grant – Woah. Summer, maybe we can work out after all.

25. Sanders – Larry Fitzgerald – Wow. Awesome. I think I might have some fantastic dreams tonight.
26. Smith – Jamal Lewis – Maybe Smith knows Willis McGahee’s injury is bad?
27. Bakay – Carson Palmer – Yeah, sounds about right.
28. Williams – Marques Colston – There are, obviously, good backs on the board. But I’m sure Barber will do the work of two backs with his ten carries a game.
29. Mortensen – Calvin Johnson – Fantasy drafts should involve tasing.
30. Man – Chad Johnson – Probably the second-best wide out on his team, but I’ll give MM a pass. He was probably tricked into doing this, anyway.
31. Kolber – T.J. Houshmandzadeh – Aw, I think Suzy reads my writing. (And did I mention I love her?)
32. Hoge – Santonio Holmes – Not as bad as the Johnson pick, but not acceptable. There are at least five wide outs on the board who should be taken before Holmes.

33. Hoge – Rashard Mendenhall – Starting backs are so overrated. By the way, for those keeping track at home, Hoge and Mortensen are neck and neck for the claim as the worst owner in the league.
34. Kolber – Jason Witten – Nooooo! Suzy! Why?! Worst pick ever. But damn, you’re cute.
35. Man – Antonio Gates – Clearly frightened by the Witten pick (like the rest of us), MM compounds the horror. Gates is being taken around 49th in drafts across the nation. So this is at least 14 slots too high. *Swig*
36. Mortensen – Derek Anderson – And this pick would be about 20 slots too high. Seriously, Mort, we can tell you haven’t even put five minutes of preparation into this.
37. Williams – Roy Williams – Cute.
38. Bakay – Wes Welker – Don’t get me wrong, Bakay isn’t “good.” It just seems like he is because of the other people here. It’s all relative.
39. Smith – Thomas Jones – For the record, there are seven backs I would, conservatively, put ahead of Jones that were still on the board. One is McGahee, who I realize has some injury concern, but he’s still a top 15 back.
40. Sanders – Rudi Johnson – For the record, Rudi was not one of those seven backs I just mentioned.

41. Sanders – Plaxico Burress – Well, whatever.
42. Smith – Michael Turner – Okay. At least Smith’s taking better players as the draft goes on, although that might be something of an indictment of his overall strategy.
43. Bakay – Anquan Boldin – As the biggest Boldin fan on the planet, I apologize to Bakay for saying that mean stuff about him in Round Five.
44. Williams – Willis McGahee – Thank God.
45. Mortensen – Kellen Winslow – Ah. The Anderson to Winslow connection. Awesome.
46. Man – Dallas Clark – Most choose not to take a back-up tight end. Others pick tight ends in both rounds five and six – in an eight-team league, mind you. And a new challenger for worst pick arises.
47. Kolber – Chargers D/ST – In standard scoring, the difference between the top defense and the eighth-ranked defense is somewhere around two points per game. Always wait on a defense.
48. Hoge – Anthony Gonzalez – See, Hoge’s problem is value assessment. It’s not that he picks terrible players. His guys have upside, some might even call them sleepers. But the whole point of a sleeper pick is taking them lower than you think their final stats will reflect. Hoge just takes them at the value he thinks they’ll end up at. At least we’ve figured this out. Oh, and, umm, *swig*.

49. Hoge – Reggie Bush – Okay. Sweet pick.
50. Kolber – Greg Jennings – Note that Steve Smith is still available.
51. Man – Bears DEF/ST – Poor MM. He just gets flustered any time anyone takes a new position. I will bet $8 million that he won’t wait until the last round for a kicker. And no, I didn’t look ahead to find out.
52. Mortensen – Devin Hester – *Hiccup* I need more booze here. Okay, Steve Smith or Devin Hester? Steve Smith. Devin Hester. ADP 28 vs ADP 131. Hmmm…
53. Williams – Steve Smith – Oh, bra-vo. Fifty push-ups for everyone. Yes, that includes you Bakay.
54. Bakay – Willie Parker – Well, I would have preferred Laurence Maroney here, but Bakay already won the league, so I guess it doesn’t really matter.
55. Smith – Ben Roethlisberger – Hoge should feel extra dumb about that Hasselbeck pick after this one.
56. Sanders – Marvin Harrison – A worthy gamble I suppose. Lots of quality backs are left, though.

57. Sanders – Ronnie Brown – At least it’s a high ceiling player at this spot.
58. Smith – Brandon Marshall – I wonder how far Brady would drop if he were suspended for two games.
59. Bakay – Chris Cooley – I don’t know, Bakay. Too many good players left and Cooley isn’t head and shoulders above the other tight ends on the board. Not a good pick.
60. Williams – Laurence Maroney – You might be interested in knowing Maroney’s ADP is 33rd. I really have no clue why he fell this far or who this mock draft is helping.
61. Mortensen – Felix Jones – Let’s take a look at what rounds Mortensen’s player’s should have been taken in with the round he actually picked them in parentheses. One (one), seven (two), two (three), five (four), six (five), six (six), 17 (seven), and now 14 (eight). All around, one of Mort’s better drafts.
62. Man – Donvan McNabb – Not bad. Oh, unless you consider that he still needs two starting wide outs. But, other than that, not bad.
63. Kolber – Aaron Rodgers – Hey, I’m only just past the halfway point. Someone shoot me.
64. Hoge – Joey Galloway – I’m running out of mocking steam. Galloway is 44 years old. Just saying.

65. Hoge – Robert Meachem – Meachem showed a little bit this preseason, and I get that. I really do. Maybe he’ll turn into a late-round gem. But Hoge could have waited until his last non-kicker, non defense pick. I feel badly for Hoge. Here’s to the good ol’ days! *swig*
66. Kolber – Nick Folk – Awful. Method Man will draft a kicker soon, though. He takes his cues from Suzy. Actually, I wouldn’t mind taking my cues from her, either. So to speak.
67. Man – Laveranues Coles – MM also defends Chad Pennington to any naysayer.
68. Mortensen – Brett Favre – Where the hell is that slurping sound coming from? (Thank you, thank you, I’ll show myself out.)
69. Williams – Giants DEF/ST – No comment.
70. Bakay – Torry Holt – It was fun to do this until right about now. Not because it’s unimaginable that Holt could fall until the 70th pick. Not because a kicker, a back-up tight end, and three defenses were taken before a wide out with eight consecutive 1,000-yard seasons. Nope. It’s because I know this mockable draft kept going on. That’s the problem here. If I had any say, I would have shut down production right here. Everybody shut up, turn the lights out, stop the cameras and go home. Oh, and tase yourselves this time. My arm is tired. *Chug*
71. Smith – LenDale White –

The following players weren’t drafted at all in this 120-pick mock (ADP is in parentheses):

But hey, who needs a starting back when back-up tight ends are available? *Collapses*

By Andy Goldstein
Tags: Suzy Kolber
This entry was posted on Sunday, August 17th, 2008 at 9:06 pm and is filed under Andy Goldstein, FOOTBALL, Mock drafts. You can follow any responses to this entry through the RSS 2.0 feed. Both comments and pings are currently closed.