The Wire Troll: Time to Give Nook a Look? 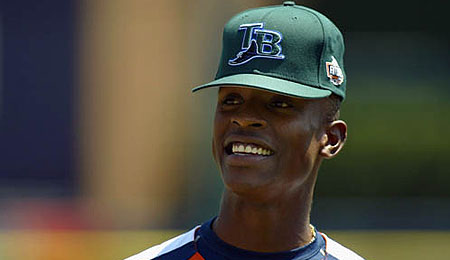 If you can add B.J. Upton or Ryan Braun in a package for A-Rod, you’ve got to think about pulling the trigger.

I know this is The Wire Troll, but I’ve got to take a quick time out here to toot my own horn just a little, so indulge me, please.

If anyone remembers, in the May 18 installment of the Wire Troll, I said that Alex Rodriguez would slide in the second half of the season, and he really has. A-Rod’s pre-break numbers: .316/.412/.663; Post-break: .240/.382/.479. You’re going to think I am crazy, but I would deal A-Rod to the highest bidder now and pick up someone like Ryan Braun or B.J. Upton and something else pretty nice. If you take Upton, you are likely to get a top tier SP in return.

Now, on to our trolling.

Dustin Pedroia: I’ve noticed him available in a couple of my leagues, but I don’t have enough faith in him to grab him. Dusty Diamond is hitting .391 with eight runs scored, one home run, two RBI, and two stolen bases in the last week. If you need someone to take over for your slumping shortstop or second baseman, give Pedroia a look.

Nook Logan: This little thought of an outfielder has been pretty smoking hot over the last month. Going 25-for-72 (.347 BA) with 13 runs scored, five RBI, and seven stolen bases got my attention enough to cut ties with Shannon Stewart in favour of Logan. I’d give Nook a look (yes, I’m a poet) if you need runs and stolen bases.

Ross Gload: Now, I hate taking on Royals almost as much as I hate taking on Devil Rays. But, alas, stats are stats, and Gload is hitting for a .382 BA with 10 runs, two taters, and 15 ribbies in 76 at-bats over the past month. Since he is a dual qualifier at 1B and OF, he can take the place of someone slumping in either position right now. This is one of those guys I didn’t pick up, but will keep a very close eye on.

Kason Gabbard: Over the past month, Gabby has found his groove and his fantasy owners (if there are many) are taking notice. Sporting 32 1/3 innings, with three wins, 20 strikeouts, a 3.34 ERA, and a 0.99 WHIP over the past month will tend to do that, though. I’d give Gabbard a look and run with him for the last two months of the season as he isn’t giving me a reason not to trust him right now.

Andrew Brown: Brown offers nothing more than someone to bring the ERA and WHIP down. He’s a middle reliever, so don’t expect many wins or any saves, just assistance, as mentioned, in ERA and WHIP. His season totals (17 innings, 20 Ks, 2.12 ERA, and a 0.76 WHIP) will help you more than you think.

By James Morris
This entry was posted on Saturday, August 11th, 2007 at 12:04 am and is filed under BASEBALL, The Wire Troll. You can follow any responses to this entry through the RSS 2.0 feed. You can skip to the end and leave a response. Pinging is currently not allowed.