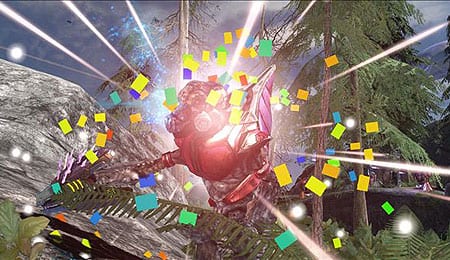 In late October of 2008, EA Sports sent us a copy of NBA Live ’09, which on November 3 became the first game we reviewed on the site. We progressed slowly, cherry picking primarily sports titles before diving in with both feet in August of 2009. Since that time, we’ve covered more than 100 games from nearly every major publisher out there. Not bad given our humble beginnings in the gaming community.

To celebrate our anniversary we’re giving you, our readers, a chance to win one of six (6) full retail games courtesy of the good people over at EA Sports and Square Enix. The titles up for grabs are:

Winners will be selected at random and given their choice of platform (Xbox 360 vs. PS3) with the exception of NCAA Football ’11, which we only have available on Xbox 360.

Follow our gaming feed on Twitter (if you’re already following you’re all good, just let us know). That’s one entry.

Retweet our contest using the share tools below. Boom, another entry!

And finally, add RotoRob as Facebook friend (you can do so by clicking the Facebook icon in the “Follow RotoRob or Die” section in the top right-hand corner of the page) and by “liking” the RotoRob Facebook page. That’s good for two (2) entries!

There you have it — five possible entries for a chance to win one of six retail games. Winners will be selected on Friday, Dec. 3, so they can enjoy them like early presents…or give them to friends/family as gifts. Good luck, everyone!