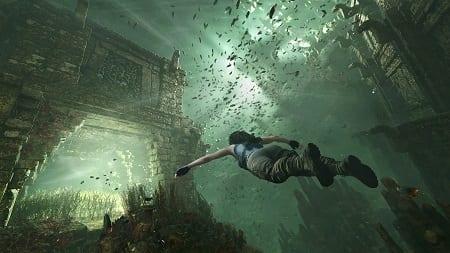 Hundreds of years have passed since the end of the original NieR, and Automata finds humans forced to inhabit the moon after aliens attacked Earth. To fight back, mankind has created androids known as the YoRHa to augment the remaining androids on Earth in their efforts to destroy the machines. It’s into this reality that YoRHa units 2B (that’s you) and 9S are sent.

Vikander shines the brightest, effortlessly projecting an image of both innocence and emerging strength — it’s a long way from Jolie’s fairly sexually charged portrayal, and it’s meant to be since the gaming series dialed back early Lara’s “proportions” with the reboot. As with the game, however, Lara’s transition from doe-eyed victim to hardened killer feels rushed after both handled her initial kill quite well.

For an adaptation of a character that could fundamentally be described as “female Indiana Jones,” Lara spends a lot of time around her mansion, and the lack of globetrotting hurts the feeling of this being a grand adventure.