The Wire Troll: Tobias Harris Has the Magic Touch 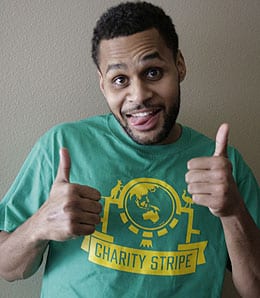 Patty Mills has a chance to go crazy while Tony Parker is out.

Before you know it, it will be playoff time in H2H formats, so now is when you want to mine the wire more than ever as you make a push either for that final postseason slot or jostle for playoff positioning.

Note that the Knicks and T-Wolves are the only two teams that have four-game weeks the rest of the week, so if you’re considering roster moves and looking at the big picture, take that under advisement when assessing players for your team.

Miami continues to surge, winning 13 straight to open up a commanding lead atop the Eastern Conference and creep closer to the Spurs and the top overall record in the NBA; San Antonio, however, could be without PG Tony Parker for a while after he went down with an ankle woe; and Ty Lawson played the hero with a buzzer beater as Denver continued a huge week to put some serious distance between itself and the scuffling Warriors in the Western playoff race.

Patty Mills, PG, San Antonio Spurs: As mentioned in the intro, Parker hurt his ankle Friday and Coach Gregg Popovich has already conceded that his point guard will “be out a while.” This opens the door for Mills, who really hasn’t done much since we thought he was a rookie worth watching on Portland a few years back. Well, Mills went off for 16 points on Sunday to pop up on the radar, but now that Parker is hurt, he has a chance to really show us something, making him a very interesting speculative add. Mills popped in a dozen points and nailed two treys in just 14 minutes Friday, taking over the PG gig after Parker went down. He’s shot very well lately, and the Australian has a legitimate chance to earn some Fantasy traction now, so take a flier on him.

Kirk Hinrich, PG/SG, Chicago Bulls: In late-December, we recommended Hinrich and it was a solid pick, as he stayed healthy in January before hurting his elbow last month. Well, he’s back now and has been lights out the past two games, averaging 36.5 minutes, 13 points, 8.5 assists, 4.5 boards and 1.5 blocks. Hinrich’s return to the starting lineup sent Nate Robinson back to the bench and his recent block party isn’t as weird as you’d think — Captain Kirk is averaging a career-best 0.5 blocks per game this season.

Shaun Livingston, PG, Cleveland Cavaliers: With Kyrie Irving out because of a knee woe, Livingston has been starting, making him a nice short-term add in deeper formats.

Tobias Harris, SF, Orlando Magic: Heading into the season, we projected Harris to be in the top 30 in our Small Forward Rankings. Well, so far, he hasn’t even been a top 70 player at the position, but since landing in Orlando in the J.J. Redick trade, he’s been a different player. In the last four games, all Harris has done is average 20 points, over seven boards, 1.5 assists, 1.3 treys, a block and a steal in 29.5 MPG. He poured in a career-high 23 points Wednesday and then set another mark with 27 Friday. Damn, he’s making serious hay in the Magic Kingdom and as long as Hedo Turkoglu remains suspended (another 25 days), Harris looks like a sweet add. Sure, Harris has done his damage against some weaker defensive teams, and his own defensive liabilities will cap his upside, but you have to grab him now.

Carl Landry, PF, Golden State Warriors: We slotted Landry 40th in our Power Forward Rankings prior to the season, and he’s actually exceeded our expectations somewhat, likely playing at a top 35 level. He’s not exactly known for his D, but he’s been picking it up on offense lately, so give him a look. Landry’s touches are up and he’s been canning his shot with great efficiency. Any time Andrew Bogut is out (like now), Landry gets more minutes and tends to flirt with double-doubles. Friday wasn’t Landry’s best showing, but we still think he’s worth an add in 14-team leagues right now.

Jeremy Evans, SF, Utah Jazz: Utah’s frontcourt was decimated Friday, opening the door for Evans to show what he can do (14 points, nine boards and two blocks in 26 minutes). It’s unlikely to happen again, but put him on your radar and see what happens.

Donatas Motiejunas, SF/PF, Houston Rockets: Since Patrick Patterson has been traded, Motiejunas has gotten more PT (over 24 MPG in the past three) and the rookie has started producing (nearly 14 PPG over the same run, including a career-high 17 Friday).

Enes Kanter, Utah Jazz: When the Jazz dealt with some frontcourt issues in December, we recommended Kanter and sure enough, the youngster got more PT that month. Well, with both Al Jefferson and Paul Millsap hurting, Kanter is again riding the wave, going off for career highs of 23 points and 22 boards Friday. Kanter hasn’t gotten much more action this season than he did as a rookie last season, but we got a chance to see what he can when he gets the burn in just his second career start. This kid has potential, so as long as Big Al remains out with his ankle woe, give Kanter a long look.

Greg Stiemsma, Minnesota Timberwolves: In mid-January, we recommended Stiemsma, and he wound up seeing plenty of action that month and shooting even better in limited minutes in February. Well, this tough dude could be worth another look now that Nikola Pekovic is hurt. Stiemsma is at best a flier in deeper formats, but in a tough to fill position, sometimes you’ve got to take a chance. Let’s see what he can do with more PT.

Robin Lopez, New Orleans Hornets: Brook’s brother is getting way more touches lately and has been throwing a block party.