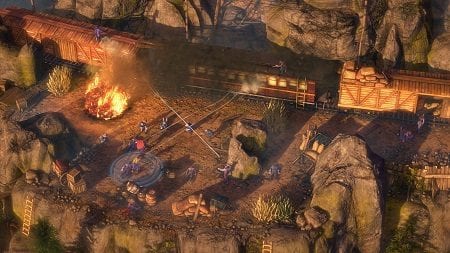 Although you do have some flexibility as to what order you tackle some of the Sins in, this is largely a linear game with most of its collectibles tucked around a corner of somewhere just off the main pathway. At around 16 hours (depending on how often you’re killed), Darksiders III isn’t a particularly long game by modern standards, but it’s a good length based on its design.

Unlike many RPGs, we never formed much of a bond with our six-person crew, which is unfortunate as we would’ve enjoyed learning more about Garrison and Gully and getting more deeply invested in their quest. While that doesn’t wholly undermine the story it does mean you’ll need to really buy into the gameplay to spend the 40 or so hours needed to complete the game.