The Big Ticket Heads to Beantown 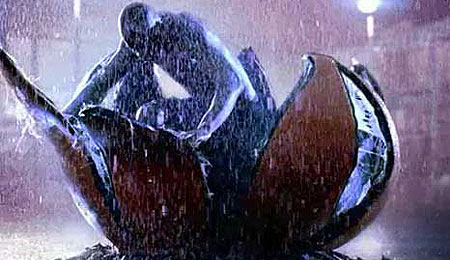 KG, the egg-busting, Gatorade-dripping superstar, is now a Boston Celtic.

It’s a done deal: Kevin Garnett is headed to the Boston Celtics, the latest and greatest move of a Celtic makeover this offseason in the wake of one of the worst years in franchise history.

The addition of Garnett also helps Boston vault from a lottery team to an Eastern power in one fell swoop.

In Garnett, we’re talking about a 10-time all-star and the 2004 MVP — a dominating inside presence whose been a difference maker his entire career.

The cost is steep, including bright young big man Al Jefferson, a dripping-with-potential Gerald Green, solid forward Ryan Gomes and two first round picks. Also included in the trade is Theo Ratliff and his expiring contract plus troubled Sebastian Telfair, young and talented enough to still turn things around.

One of the picks — the 2009 first rounder — is top three protected, so will likely allow the T-Wolves to add another great building block to a team that’s obviously in a major rebuilding mode now.

This is the second big deal Boston and Minnesota have made in the past couple of years. In mid-season in 2005-06, the Celtics dealt Ricky Davis, Mark Blount, Marcus Banks and Justin Reed to Minny for Wally Szczerbiak, Michael Olowokandi, Dwayne Jones and a first round pick (that pick, by the way, heads back to the T-Wolves in this current trade).

Boston’s depth takes a major hit here, and will leave the club scambling around to sign free agents on the cheap (especially given that the Celtics reportedly had to give KG a maximum extension before the trade could be signed off on, a move that puts them way over the cap).

The loss of Jefferson is obviously more than made up for by Garnett, but swingman Green and steady Gomes will be missed. Telfair was made expendable after Rajon Rondo proved he can handle the point down the stretch, but having also given up Delonte West in the Allen deal and losing Allan Ray to Italy, Boston is left pretty shy in the ball handlers department. Rookie Gabe Pruitt will be asked to help out quite a bit, but adding a veteran PG (Brevin Knight?) on the cheap would be wise.

If nothing else, Boston Executive Director of Basketball Operations Danny Ainge and his ex-Celtic teammate and Minnesota counterpart Kevin McHale have teamed up to make a move that will send shockwaves through the East.

You may now see the Bulls and other Eastern teams intensify their pursuit of Pau Gasol, and the Jermaine O’Neal to New Jersey trade may also be re-examined as Boston’s competition tries to answer this move with one of their own.

Garnett, who has spent all 12 of his NBA seasons with Minnesota, is one of just five NBA players with at least 19,000 points, 10,000 rebounds and 4,000 assists. Perhaps you’ve heard of the others: Wilt “I slept with 20,000 women” Chamberlain, Kareem Abdul-Jabbar, Karl Malone and Charles Barkley.

That’s one serious Hall of Fame class that Garnett is keeping company with. And now he joins Allen and Pierce, each of whom are in the midst of potential HoF careers themselves.

Garnett helps address one of the Celtics’ biggest needs — rebounding, specifically on the defensive end. He’s just the fourth player in league history to lead the NBA in rebounding in four straight years, a streak Garnett is still currently on.

The Big Ticket can score too, of course, as evidenced by his current streak of 398 straight games in double figures — the eighth-longest in NBA history.

If Jefferson continues his development after last year’s tremendous breakout and Green becomes the high-flying, exciting player I believe he’s capable of, Boston may regret this deal five to seven years down the line when its new big three is either retired or on its last legs.

But for now, Celtic pride is back. I think I’ll go smoke a cigar in honour of Red Auerbach.

I’ll leave the final word on this blockbuster to the RotoWidow, who upon being told the trade is a done deal said of KG:

“He’s awesome…especially when he bursts out of a basketball egg dripping with Gatorade.”

There you have it folks. There’s not much else I can add to that succinct summation of today’s events.

By RotoRob
Tags: The Big Ticket
Posted in BASKETBALL | 1 Comment »