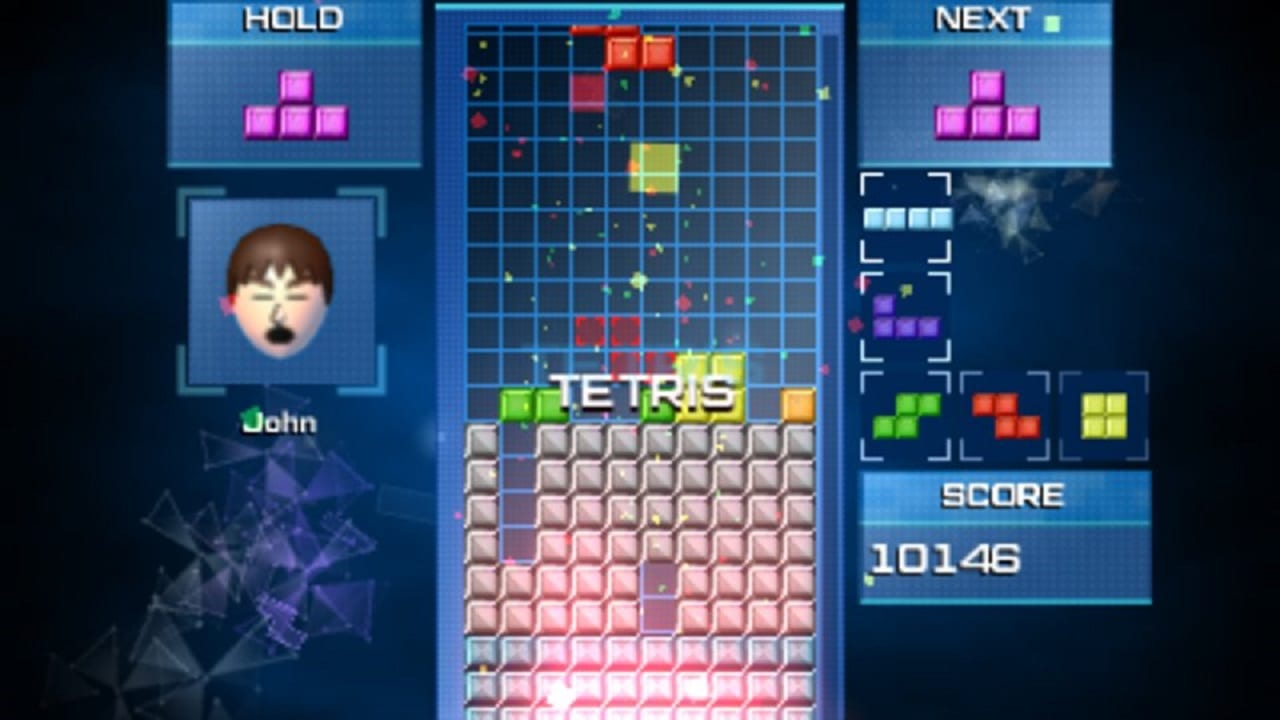 The Tetris Effect is real!

What can we say about Tetris that hasn’t been said already? This game is a classic in the truest sense of the word. Since its initial release in 1984 on the Electronika 60 computer, Tetris has been ported onto just about everything with a screen. Hard to believe this game is 30 years old, huh? This latest iteration, Tetris Ultimate from Ubisoft, adds a few new tweaks, while not straying far from the original formula.

Although changing the control scheme for Tetris is difficult without changing the entire experience, Ultimate forgoes broad changes and instead delivers fine tuning. A huge number of variables can be tweaked in the options menu, including soft drop speed, lateral movement speed and even the ability to rotate Tetriminos. This menu contains numerous other functions, which we’ll cover later.

The ability to alter so many options is a welcome addition to the game. The only function which we found conspicuously absent is circle pad functionality. The d-pad works fine, but the option to use both would have been nice.

There’s not much new to see in the graphics department, no pun intended. The traditional Tetrimino colours are still present, but the blue backdrop is rather dull. As you can see in the screenshot, your Mii character is present, which reacts to in-game events. After the first silly face it makes, the joke gets old. Also, the 3D function, not that anyone will actually use it, looks terrible.

Ultimate features a relatively small soundtrack, which includes a few remixes of the famous “A” theme, which is actually adapted from the Russian folksong, “Korobeiniki.” These new versions are hit or miss. The Battle version is fun, but the Marathon adaption feels like it is trying too hard to be dark and gritty.

Ultimate comes with all the bells and whistles we’ve become accustomed to in modern installments of Tetris: t-spins, the hold box, the ghost and a handful of game modes. Classics like Marathon, Sprint and Battle make appearances, though a few others are available to unlock. Some of these, like Endless, are incredibly difficult to unlock, requiring you to finish the highest level on Marathon. One of our personal favourites is Rotation Lock, which eliminates the ability to spin Tetriminos. It’s frickin’ hard.

One of our favourite inclusions in Ultimate is, surprisingly, the How to Play section. This offers three brief gameplay explanations: for beginners, intermediate players and advanced strategies. Whether you’re new to the franchise or looking to master the elusive t-spin, the How to Play is sure to have something useful.

Another great feature is the Gameplay Options menu. This section, which was mentioned earlier, allows the player to fine tune their experience. Want to turn up the heat by removing the ghost? No problem. Want to change how the Tetrimino selection is determined? Got you covered. The player can even change the Lock Down ruleset. The classic version allows Tetrimino movement 0.5 seconds after touching down, while Extended placement permits them to be moved 15 times before Lock Down.

Both local and online multiplayer options are available. Unfortunately, we encountered numerous errors while playing online, forcing us to reconnect to the network. Additionally, the connection time averages are quite long. There is nothing particularly surprising or innovative with the online functions. Players can play directly with friends, use a quick play option, or join a community.

These communities are a little weird. There a number of preset communities, which are just mode names, but there’s also an option to search for a different one by entering the corresponding community code. This means players can only join non-preset communities if they have been invited and given a code. The lack of a browsing function removed the incentive of further exploring this function.

It’s hard to mess up a Tetris game; the core gameplay, which drives the series, is solid and simple. While Tetris Ultimate is far from bad, our lasting impression is that it lacks the love needed to make anything feel fresh. The lackluster graphical and musical performances, paired with the problematic online multiplayer mode only makes matters worse.

That being said, the attention to detail in the options impressed us, though only veterans of the series will probably care. Our biggest letdown was the lack of mode variety. The available modes work well, but they’re nothing we haven’t seen already. If you’re new to the series, Tetris Ultimate will prove to be fun, but if you’re looking for the truly ultimate Tetris experience, you may want to look elsewhere.