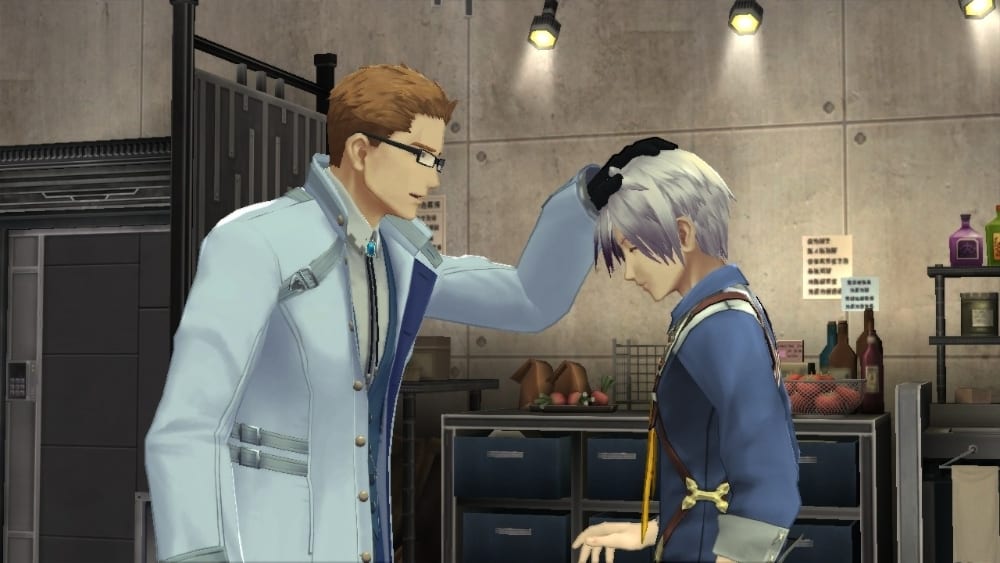 Tales of Xillia 2 takes us back to the land of Elympios, where the original adventure in Tales of Xillia took place. Even with the story of the first game concluded, issues still arise in this troubled land. You play as a man named Ludger Kresnik, and your brother has high hopes for you becoming useful to his organization. Whether or not this company of his has your best intentions at heart, however, is quite debatable.

Xillia 2 controls identically to the first game, so veterans will immediately be able to pick up on what’s going down. For a newbie, the tutorials are in-depth and easy to understand as long as you are willing to read a bit. Exploration is no more complicated than moving the sticks to walk and look around, while the “X” button will interact with doors, people and other doors (and some other people).

During combat, the controls naturally change a bit, as the fighting takes place on a 2D plane. You can still traverse the environment freely by holding L2 to run around and flank, but it’s a largely side-to-side movement. Punches and kicks are done with Square and Triangle, respectively, so any brawler or fighter fan can feel right at home.

Stringing together combos by modifying attacks with directional input to the left stick can take a bit of getting used to, as it feels extremely clumsy at first. You may be tempted to button mash your way to victory, but that doesn’t really work as attacks that are easily repeatable often have longer animations that do not link well together, thus encouraging creative input while fighting.

There hasn’t been much of a facelift here, but the cut scene animation has definitely gotten a lot better: characters express more physical emotion in their actions, and they seem to not stick out from the environment as badly anymore. The game does suffer some of the same issues as the last title, like tons of pop-in when exploring, but otherwise the game is pretty darn good looking.

Combat scenarios are loaded with flashy special effects that make simple kicks look absolutely devastating, and the animation is still as top notch as it was in the original. The game also features some cinematic sequences that are not using the in-game engine, creating a wonderful, fully animated anime experience.

Voice work this time around feels a little bit uninspired, but given the direction of the game it almost fits. The orchestral and often playful soundtrack is also very fitting of the overall design, being appropriately cheery and dramatic when needed.

As noted, the game takes place in the same world as the first game, Elympios. As such, you will find yourself visiting several familiar locations, albeit with a different tone. As a young Ludger Kresnik, you’re hired by the Spirius Corporation to work in its special developments department. And by special developments, it means destroying alternative dimensions.

As it turns out, the all powerful spirit Origin cannot sustain the imbalance of souls spread across the alternative dimensions. The Kresnik family has a unique trait called “Chromatus,” which allows them to travel to alternate dimensions of their existing reality. To re-establish balance to Origin, you must guide Ludger to his target, whether it be a person or object that ties one existence to the other. By severing that connection, this completely destroys that entire dimension. It doesn’t take long for this to become a subject of internal conflict for Ludger.

At first, Tales of Xillia 2 features a much faster pace than the original, but after the introductory segments comes the weirdest, most constrictive objectives we’ve encountered in a long while. As you quest, you slowly go deeper and deeper into debt with your employer, the Department of Other Dimension Affairs. You work and work and grind and grind to pay off ridiculous amounts of Gald as quickly as you can, because you absolutely are barred entry to the next level until you do so.

The need for this is something we cannot understand, as much later in the game the whole debt concept becomes a complete non-issue, and it made us feel like we wasted a lot of time. It’s like the game added an artificial sense of stress just to do it — it didn’t motivate us, it just annoyed us.

That being said, the combat is just as fun as it was in its precursor, with a bit of added flash and techniques to employ. Unfortunately, Ludger is the definition of “overpowered,” as about halfway through the game you needn’t use any other characters aside from him. You can also switch between three different weapon sets, but only the dual blades offer any sort of consistent use.

Although the game touts different endings, the only way to influence them is through the end-game content, which is strange because the game presents the player with so many timed dialogue choices. Little to no impact is felt by those early decisions we made (we were short-fused jerks in our playthrough), and we were ultimately able to pull off the “good” ending.

Tales of Xillia 2 improves upon its predecessor in many ways: ease of combat, animation and pacing. It screws all that up only a few hours into the game, however, with its super-constrictive progression system. Fans of the first game will find a lot to like, but the steps Tales 2 took backward will definitely lead players to question a lot of the game’s pointless additions.