The Wire Troll: The Arrival of Taijuan Walker 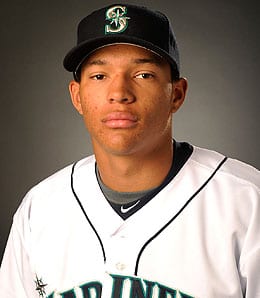 With September upon us, the annual rite known as roster expansion has arrived. This week, we’ll identify some of the candidates that we know will be looking at callups and then have our season finale of the Wire Troll next week, with the campaign waning.

For September callups, playing time always has to be a concern but some of these kids aren’t simply getting the call as a reward for a great season down on the farm. Teams that are out of the playoff hunt will be using September as an opportunity to get a jump on 2014 and the contenders will be looking to rest some of their regulars heading into the playoffs. Picking and choosing which of these prospects can return value is always a bit of a challenge, but rest assured, some of these September callups will be valued contributors to our game.

Without further ado let’s get to this week’s Troll.

Taijuan Walker, SP, Seattle Mariners (CBS: 46 per cent owned, ESPN: 16 per cent): There was some doubt as to whether or not we’d get the opportunity to see our fourth-ranked prospect this season in Seattle. Walker was flat out dominant at Double-A but endured some struggles with his promotion to Triple-A at the end of May. In his MLB debut last week against the Astros, he looked great (who doesn’t against Houston? Hell, I think I fired two shutout innings of relief against the ‘Stros) and has the Royals next on the schedule. Walker should be owned and active in all formats, but with 146 1/3 IP already in the books this year, you can rest assured that he won’t be overworked down the stretch. Keep that in mind when you’re digging into the FAAB cash this weekend. Not convinced of Walker’s talent? Take a look at his stuff in the video below and pay attention to the radar readings on the sign above the umpire’s head — especially on the final pitch of the sequence.

Dustin Ackley, 2B/OF, Seattle Mariners (CBS: 30 per cent owned, ESPN: 16 per cent): Ackley was a huge disappointment to his owners early on this year, but seems to have found a renewed lease on life since a stint at Triple-A Tacoma and a move to the outfield. Last week, he was on an absolute tear with two homers, eight RBI, and an off-the-charts .462 BA. Ackley should get regular at-bats down the stretch and be a solid addition to your Fantasy middle-infield.

Angel Pagan, OF, San Francisco Giants (CBS: 34 per cent owned, ESPN: We’ve finally had a Pagan sighting in the City by the Bay. Out since the end of May (hamstring surgery), he was activated Friday, immediately inserted into the top of the lineup, and stole a base in his second game Saturday. Pagan’s principle value will be in runs and stolen bases, and based on the early returns he should be a good source of both in September.

Danny Duffy, SP, Kansas City Royals (CBS: 30 per cent owned, ESPN: 7 per cent): The Wade Davis as a starter experiment has officially drawn to a conclusion with Duffy sliding into his rotation slot. After struggling in his first start, Duffy has pitched two absolute gems, tossing six innings of one-hit ball against the Tigers followed by 6 2/3 shutout innings against the Twins. He’s heading into a two-start week facing Felix Hernandez and Justin Verlander, but don’t let that sway your decision to have him active this week as both of those studs have struggled recently. Duffy should be a strong asset down the stretch and you can bet he’ll be a popular sleeper next year.

Ryan Goins, SS/2B, Toronto Blue Jays (CBS: 1 per cent owned, ESPN: 1 per cent): When the Goins good, you gotta get Goins. [Editorial note: as cringe worthy as that sentence was, we’re leaving it in there so people can see what we must endure.]

Tanner Roark, RP, Washington Nationals (CBS: 4 per cent owned, ESPN: 4 per cent): Roark could have value in deeper leagues as a starter. Will he get that opportunity?

Yoervis Medina, RP, Seattle Mariners (CBS: 3 per cent owned, ESPN: 1 per cent): Very quietly, Medina has put up some great numbers in the Seattle bullpen. He’s now up to 16 holds and 63 punchouts in 58 2/3 IP and should be owned and rostered in a lot more than a meagre three per cent of CBS leagues.

Nick Castellanos, 3B/OF, Detroit Tigers (CBS: 21 per cent owned, ESPN: unowned): The top prospect has been confirmed by the Tigers brain trust as being ready for the Show for some time now, but the question as to whether we’d see him this fall has finally been answered. Castellanos is arriving in Detroit Sunday and with the Tigers currently enjoying an 8.5-game lead atop the AL Central, he should get plenty of at-bats when the Tigers rest the veterans over the final two weeks of the season, but his PT will probably be sparse until then. Castellanos is also listed at third base at both CBS and ESPN which is a nice bonus.

Alberto Callaspo, 2B/3B, Oakland Athletics (CBS: 15 per cent owned, ESPN: 2 per cent): Callaspo is hitting for average and has recently achieved second base eligibility, making him a viable option in deeper formats.

Who’s your best bet as a waiver wire pick this week? Let us know in the comments below.