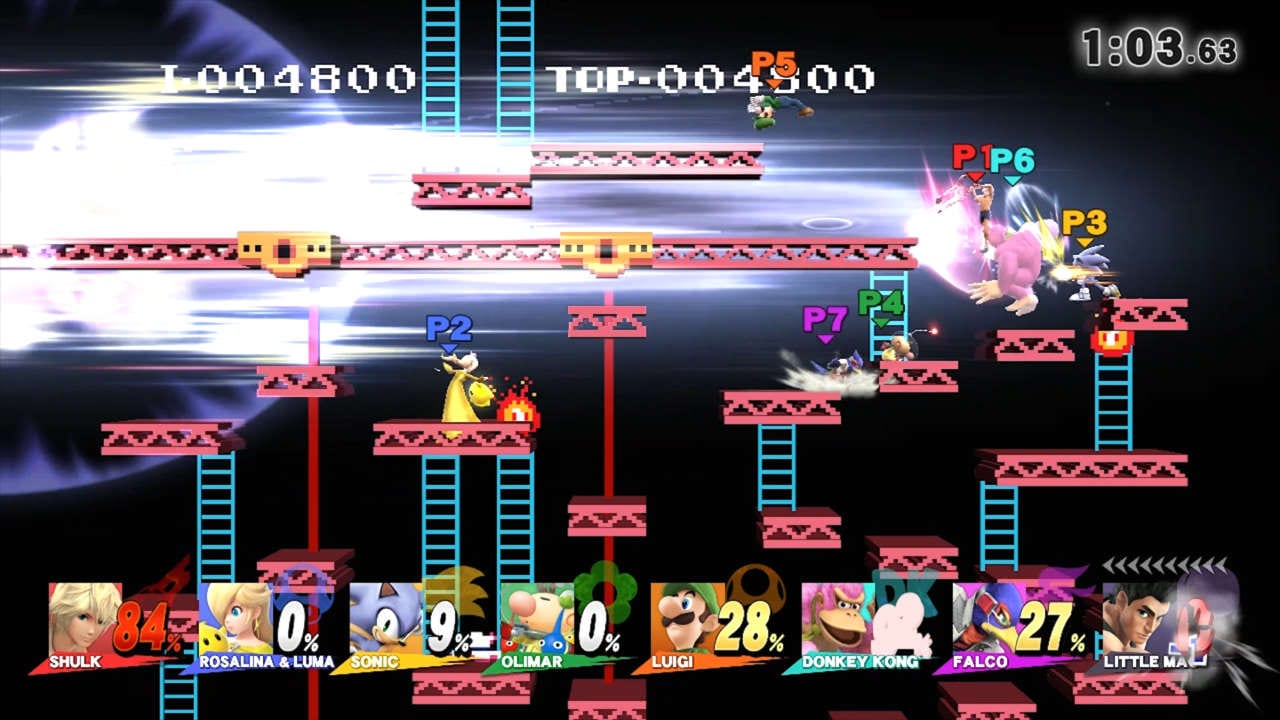 Who’s up for some retro brawling in Donkey Kong’s lair?

Yet another Super Smash Bros. game has hit the market, this time for Nintendo’s Wii U and 3DS. While this is the first time that Smash has been on two different consoles at the same time, the classic cast remains intact and brings back its iconic fighting modes.

As with each Smash game, the controls are simple and easy to pick up. There are various controllers that may be used to play, though they all follow the same very simplistic format which is why any gamer can start playing quite well within just a few hours. The controls are perfectly responsive, and it is possible to map the controls to different buttons if desired.

Each character’s movement and responsiveness is different, which makes every character unique when it comes to how they are controlled. There may be some lag when playing online, but that rarely occurs as the matchmaking is pretty good.

The graphics in this game are superb, down to every last punch and kick. Every character looks exactly the way they should with the Smash Bros. touch added to them. The frame rate is beautiful and there are no screen tears because the camera does not move but zooms in and out instead. This may change during online play if you end up with a bad connection to other players, but this only happens every once in a while.

The sound effects are great because they really let you feel the impact of each blow. Also, there is a wide variety of music to be heard and collected throughout the game.

There is a surplus of game modes and tons of fun to be had with this game. There is no story mode like Super Smash Bros. Brawl’s Subspace Emissary, but there is a mode called Smash Tour that allows you to get a taste of each character. The most prevalent game mode is Classic, which is a gauntlet of characters that you must defeat before the final battle with master and crazy hand.

For those new to the series, the main objective in every game mode is to knock your opponent off the stage — unless you are playing stamina mode, which is health based. Each character has four special moves that are used by pushing the control stick in a direction and pressing the “B” button. Each character also has regular attacks along with smash attacks used with the “A” button. For defense, you can roll and use a breakable shield.

You can smash it up with just four players or you can have an eight-man fight. You may also do a special smash, which allows for custom battles, or play online with people all around the world either by yourself or with one other person.

The A.I. goes all the way up to level nine difficulty, which should provide a challenge for even the most seasoned smash veterans. The A.I. is also improved from the previous games in that it is smarter and more practical. Overall, the gameplay is great and provides hours and hours of fun with friends and strangers alike.

Packed with content and loads of fun to play, Super Smash Bros. for Wii U is perfect for any gamer of any skill level. It will always be my personal favourite… at least until the next one comes out of course.