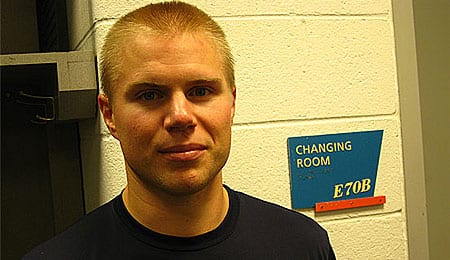 Sean Bergenheim can add scoring depth to your Fantasy team.

The NHL trade deadline has come and gone and we have a link listing all the trades. So did you want that link? Sure thing… it is right here. February has come and gone. Now March is upon us and Week 21 beckons for Fantasy hockey owners.

Sean Bergenheim, LW, Florida Panthers: Bergenheim has played very well with 17 points in his last 26 games and to top it off, he has 15 of those in his last 20. The bottom line is this guy is averaging right around five shots per game in his last 10 contests. Bergenheim has played at least 17 minutes in eight of those games and has seen some 19 and 20 minute efforts also. If you are in dire need of some decent scoring depth and shots on goal then Bergenheim just may be your guy. At the very least he is definitely a nice short-term fix.

Dainius Zubrus, C, New Jersey Devils: Zubrus is only owned in 25-to-30 per cent of all Fantasy leagues and his 38 points in 64 games puts him on pace for a hair above 50 points this season. Hey, that is not only pretty good but his minutes have been really essential for a team who has enjoyed his solid two-way play. Zubrus has seven points in his last 10 games and with four games against rivals in Week 21 (three vs. NYI), he is a pretty good bet to place into your lineup as a third, maybe even a second centre option. He is the perfect guy for those deeper leagues.

Steve Sullivan, RW/LW, Pittsburgh Penguins: Apparently, Sullivan has channeled his olden days as suddenly he is on fire for Fantasy teams and GMs are starting to notice in a big way. The winger has 10 points in his last seven games (2 G, 8 A). Now if you are looking for shots on goal, you will not find them in Sullivan. He has not had a three-shot game in three weeks. However, when he’s healthy, Sullivan’s ability to find the open man can never be questioned. Right now, he is pretty much 100 per cent and is rolling. With Pittsburgh’s schedule and the prospect of a Sidney Crosby return this month, Sullivan could be a sneaky add right before your Fantasy playoffs.

Nikita Nikitin, Columbus Blue Jackets: When this guy plays, he is a point every other game defenseman which to most Fantasy owners, is rather sweet. Sure, Nikitin is a -11, but those 21 points in 43 games is just too good to pass up when looking for a fourth or fifth “D” option in your Fantasy leagues. He does play an average of 23:37 a game and has taken on an increased role with Columbus. The only question that remains is can he stay healthy? That is one very big question with an uncertain answer. Nikitin is worth the pickup, but again in deep leagues only with his current 10 per cent ownership rate.

Brooks Orpik, Pittsburgh Penguins: Sometimes it is good to have that bottom of the barrel option especially in leagues with specialty categories like hits and blocks. When you find a guy that has 200+ hits and 100+ blocks, that is someone that must be considered for your team. The two goals and 12 assists really are just a bonus, so what can you do? When you’re not looking for points from that fourth, fifth or even sixth defenseman option, look at ATOI, hits, blocks and even SOG. In that case, Orpik has to be considered because after all this is the same guy that once had three hits in one shift against Detroit. This is another single digit pickup special.

Matt Hackett, Minnesota Wild: We have often said that when you go way out, you have to go all the way out. This is one of those types of pickups when there is nothing else left out there. It is clear that Wild starter Niklas Backstrom will be out for the next several weeks and maybe longer with a groin strain. While Josh Harding may get the majority of starts, he is not exactly the most healthy goalie either. When Hackett did get his chance earlier in the season, he was a stone wall with two wins in two starts. His buzz numbers are high and his ownership rates are up to around 4-to-5 per cent this week. Do not be surprised if people are picking him up. If the options are few, then at least take a shot.

Week 21 is often the time in head to head leagues to question yourself. It is always a great idea to think this through rationally and as always The Wire Troll is ready to help. Thanks again.

The goal is to show a little love to some players on the waiver wire that usually do not receive any. Sometimes, it’s not easy in Fantasy leagues to navigate through the murk and mire of the dog days. Week 18 is coming up for the GMs out there, so this exercise becomes even more crucial as we hit the home stretch.