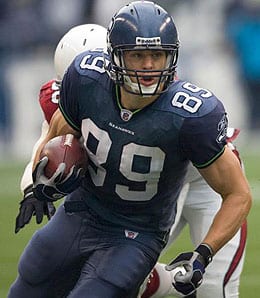 Seattle at Tampa Bay – Ladies and gentlemen, your 2006-2007 NFC West champions: the 8-7 Seattle Seahawks! The Seahawks are still playing for playoff positioning, so I’d expect Matt Hasselbeck and Shaun Alexander to get their stats. The wide outs have been inconsistent with Darrell Jackson injured, so only use Deion Branch as a third […]