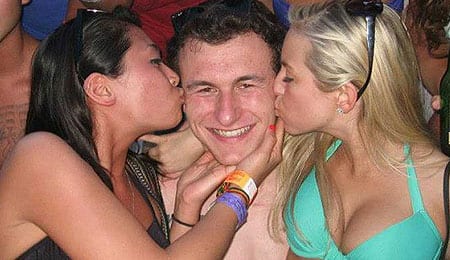 Everyone wanted to see where Johnny Manziel would land. (Busted Coverage)

On this week’s episode of RotoRob Fantasy Football Weekly Podcast, heard every Wednesday at 1:30 p.m. EST on Blogtalkradio.com, Nick Wagner and Josh Johnson were joined by Russell S. Baxter of Profootballguru.com.

Click the play button below to enjoy all the Fantasy football fun and frivolity! Next week, we will break down the draft choices of the teams in the AFC and Trent Davis of SpoonFedSports.com drops by to lend a hand.

Now it’s your turn. Let us know in the comments below whether you agree with our vitriol or not.