Video Game Review: This is the Police 2 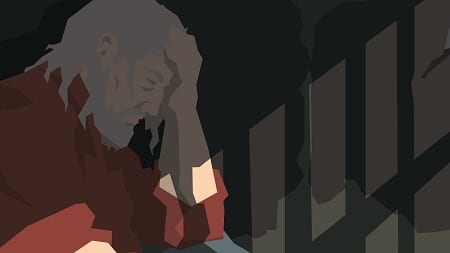 For as popular as police-related films and television shows are, there’s a dearth of options on the gaming landscape. Old-school PC gamers had the Police Quest series, and more recently we’ve had games like LA Noire and Sleeping Dogs (though there’s little about the latter that resembles any kind of police work), but it’s still a relatively barren genre. Into that space comes This is the Police 2, a game that’s part resource management sim, part turn-based strategy.

Much of the game is spent navigating menus, deciding which cops to deploy to a given incident and then how best to resolve it, none of which requires much on the control front. There are times when you’ll take direct control of a situation, however, and the turn-based setup makes those easy to navigate as well. The radial wheel containing the various perks each officer has available shades to the cumbersome side, but there’s nothing here that’ll hinder your ability to succeed…

… except for the fact that any officer that isn’t loyal to you will be controlled by the A.I. This is displayed visually by each cop’s picture. If they’re wearing a hat they’re loyal to you, allowing direct control over all their actions. Anyone without a hat will just act automatically and usually in the most counterproductive way imaginable. Officers can eventually change their allegiance, but you’ll want to make sure only those that follow orders are sent on these missions.

There’s a certain level of charm to This is the Police 2‘s art style with shaded characters that lack facial features. It’s consistently presented without actual animation, though, and eventually we tired of the presentation. Most of your in-game time is spent looking at a largely static view of the city or androgynous head shots of the officers in your unit. The turn-based missions are passable but nothing more.

Unquestionably the worst part of the entire game is the dialogue. The constant bickering between characters and endless trailing off — seriously, count the number of times the captions end with three dots, it’s ridiculous — is poorly conceived and equally insipid in its execution. It made us not want to even pay attention to the story beats. At least the mellow tunes that play as you wait for calls to come in are decent, albeit rather repetitive.

A direct sequel to the original, This is the Police 2 again follows the story of Jack Boyd, the police chief turned wanted criminal that gets picked up in a raid and somehow forces the local sheriff of Sharpwood to basically put him in charge based on a single conversation. While there’s room for interesting twists and turns here, it’s all so poorly written and performed that it makes even the worst cop drama you’ve seen on TV look like The Wire in comparison.

Thankfully, the actual gameplay that springs forth from the vapid plot fares better. Each day you’ll select your roster of active duty cops, field calls and decide which officers to dispatch to a situation. Each officer is rated from zero to three stars in six categories: strength, speed, stealth, intelligence, shooting and negotiation. The key to success is to identify the possible solution to a call and send those adept in those areas.

For example, if the perpetrator sounds mostly harmless you can send someone with a high negotiation rating to talk him down. For dangerous ones you’re likely to go with a strong officer or a crack shot. Most calls offer more than one solution — including items like tasers and stun grenades if your officers are carrying them — but as you progress you’ll learn to spot likely solutions and send the right personnel.

At the end of each day you’ll earn beer tabs that act as currency to purchase new gear and hire additional officers. Successful arrests earn the most, but things can go sideways and you’ll be dinged for allowing criminals to escape or having an officer injured or killed in the line of duty. Interestingly, killing a criminal (even when it seems extreme) still lands on the plus side of the ledger.

There are several other mechanics at work as well. You’ll collect contraband from arrests and helping local businesses with problems that can then be used to compensate informants and collect information. You’ll also interrogate prisoners to work your way up gang food chains, work to solve cases by piecing together clues and more. Further complicating things, you’ll need to make a monthly payoff to keep someone from dropping a dime to the feds with your location.

It sounds like a lot, but none of it is particularly fleshed out or all that interesting. The game also imposes ridiculous scenarios on your officers in which some will refuse to work with others, some will periodically not show up, call out with some absurd excuse and so on. Whoever wrote the yes/no questions deserves special recognition for doing a poor job with the rambling ambiguity that sometimes makes it tough to establish what you’re even answering.

This is the Police 2‘s other big element is the turn-based strategy missions, and it’s here that the game’s difficulty often spikes, asking you and your team to navigate some really difficult conditions even in random scenarios. We’re longtime fans of the genre, particularly the XCOM series, and losing team members is always part of the deal, but here it often feels unfair. Odds are you’ll need to repeat days to get the outcome you want (or need).

There are some good ideas at work in This is the Police 2, but for every step forward the game seems intent on taking one back, mixing in significant amounts of frustration with the fun.