The Wire Troll: Nick Foligno is on Fire 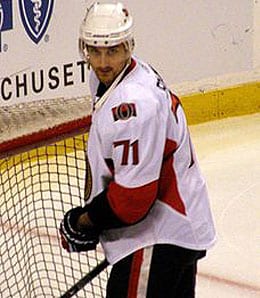 December brings in the true dog days of the Fantasy hockey season. The holidays are nearing rapidly and Fantasy hopes, at times, become few and far between. If you thought everything seemed dire, you might be correct. Considering all of the injuries that have occurred in the past week or two, and there is almost a recipe for Fantasy GM despair.

The toughest time of year comes in about a one month span from now until around the All-Star break. Why? Simple: Weeks 10-to-14 are a test of wills especially for those who are middling around in their leagues. The frustration level can hit a fever pitch. The difference between a playoff and non-playoff team is so razor thin that a person’s head could spin. One move — just one simple move — can really make that playoff goal attainable.

Since time is of the essence, we narrowed our choices just to three for this week’s edition of the Wire Troll.

Nick Foligno, LW, Ottawa Senators: As RotoRob observed a few days ago, Foligno has been on fire of late and his physical nature combined with propensity to chip in some points have made him very attractive despite his playing time liability. The 15:06 ATOI is average, but the 10 goals (nine at even strength) is not. Add in Folgino’s 82 hits in 29 games and you get a player that can do some Fantasy damage for your team (in a good way, that is). Yes, a GM will have to hedge a bit and make sure they have someone who can provide assistance in power play points, etc. However, the 24-year-old forward plays a style that will eventually lead him to more ice time and more opportunities to score. Foligno is definitely on the rise.

P.A. Parenteau, LW/RW, New York Islanders: Here is another guy that should not be on any waiver wire, yet he is only owned in 25-to-35 per cent of most Fantasy leagues. Playing on a line with Matt Moulson and John Tavares has its privileges. Clearly, Parenteau’s mere four goals hurt some, but his 18 assists help many others. In this holiday season, a stocking stuffer helper for your Fantasy team can do so much more harm than good. Parenteau’s ice time is over 19:00 ATOI in the last 10 games, so it would be an excellent idea to get moving on him because so many others already are. You have been warned!

Ian Cole, D, St. Louis Blues: Cole is a player you want to pick up and then stash away when he gets more consistent playing time. In the Ken Hitchcock system, the former Notre Dame standout will be the odd man out more than he should, but be patient. Cole’s four points in 11 games indicates that he can pile up points in the right situations. He is a talent and with St. Louis, and this team clearly has a core that can help it finally make some noise with its Fantasy potential. In the meantime, we suggest riding the wave of Brian Elliott (the goalie) because the Blues and their +/- makes gambles like these possible.

Well, that is it for this week. Hopefully your week 10 is a good one and we’ll see you next week with more treasures from the deep. As always you can follow us on Twitter and thanks again.