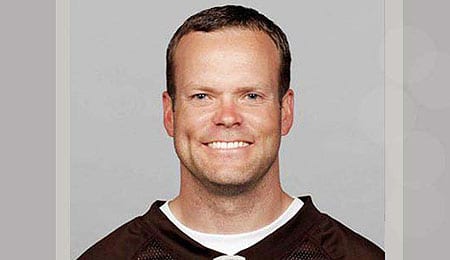 The 2013 RotoRob NFL Draft Kit continues today with the release of our first cheat sheet. So while Aaron Hernandez deals with legal fun, let’s review the top 15 kickers in Fantasy football for the 2013 season.

NFL kickers are the necessary evil of the Fantasy football world. They can steal you a game every year or two, but mostly they are a nuisance especially when their bye week rolls around.

When researching kickers you have to look at consistency as well as age or years in the league. An established kicker with around five years of NFL experience with the same team has proven that he belongs and he has gained trust. Rookie kickers are sometimes feast or famine projects, so they can usually be ignored.

With this in mind, here are the 15 we recommend targeting.

2. Matt Bryant, Atlanta Falcons: The Falcons’ potent offense demands Bryant’s leg for capitalization. He kicks indoor over half the season, which should limit snap miscues and other slip-ups. Last season, Bryant kicked 24 field goals beyond 30 yards.

3. Blair Walsh, Minnesota Vikings: Last season, Walsh was as beastly as a kicker could be. He led the NFL in field goals over 50 yards (10) and total field goals made (35). Walsh, who also kicks indoors at home, should be on the cusp of Fantasy point leaders at his position because the Vikings are one those teams on the cusp of the playoffs. Look for big time fourth quarter/overtime kicks from this youngster.

4. Stephen Gostkowski, New England Patriots: Gostkowski is not as solid as a pro kicker should be from 20-to-49 yards (19-for-25), but he does play for a high scoring team which gives him ample opportunity to flourish and there is less stress on him because the Pats’ offense is strong. Oh, and he even knows how to tackle, as you can see in the video below.

5. Mike Nugent, Cincinnati Bengals: The “Nuge” has served the Bengals well during his three-year tenure. Now that Cincy is a legitimate playoff/Super Bowl contender, his performance could be paramount in how high these striped Cats can fly. Last season, Nugent missed just four FGs while setting a new career high in extra points made.

6. Matt Prater, Denver Broncos: The mile lift is always a good thing for kickers. Prater has been an above average place kicker for Denver but he did have some issues with field goals from 40-to-49 yards last season, going just 5-for-9 on such attempts. Of course, tries from that range can be tricky especially from either hash mark and given that Prater was 3-for-4 from beyond 50 yards, it’s clear that going deep doesn’t create major accuracy issue. Denver will score a lot of points this season so he’s a projected safe play.

7. Justin Tucker, Baltimore Ravens: Joe Flacco, Ray Rice and Co. represent an old school style of football. Their grinding style will surely give Tucker plenty of chances to kick for victory. The Ravens situation is one built on past success and they will cautiously try to continue that trend. Tucker was 30-for-33 on FG attempts last season (with all three misses coming from 40-49 yards as he was 4-for-4 from beyond 50 yards).

8. Shaun Suisham, Pittsburgh Steelers: Big Ben and the Steeler offense has reloaded with younger weapons, which means dropped passes and fumbles. Enter Suisham, who was 28-for-31 on FGs last season (two of his three misses were from beyond 50 yards).

9. Dan Bailey, Dallas Cowboys: The ‘Boys offseason moves smell of future inconsistencies. They will need a solid kicker to pick them up and Bailey, perfect from inside 49 yards last season, should do the trick. He was also 3-for-5 from beyond 50 yards. If this was an elite offense, Bailey would certainly rank higher but extra points might be at a minimum so his stock is capped.

10. Sebastian Janikowski, Oakland Raiders: Like Dallas, Oakland might struggle to put the ball in the end zone. Janikowski is still a legit kicker pick but not a top tier one. He was perfect from inside 49 yards and went 6-for-9 from beyond 50 yards. For all his crazy antics and foot infections Janikowski has been a distance kicking maestro — which he better be, considering Oakland used a first round pick to draft him.

11. Greg Zuerlein, St. Louis Rams: On the surface you see that Zuerlein missed seven FG attempts last season and this is surprising, considering his reputation. Dig a little deeper and you will see that six of those misses were from beyond 50 yards. A lackluster immature offense will depend on Zuerlein mightily, but extra points probably won’t be coming in bunches.

12. Connor Barth, Tampa Bay Buccaneers: Barth is a key component to a team on the edge of fragility. This could be a make or break (and ultimately rebuild) season in Tampa. Hence Barth will be asked to chip away. Last season, he was 28-for-33, including 6-for-9 from beyond 50 yards. Only Walsh and Zuerlein attempted more FGs from that distance. The Bucs clearly have confidence in Barth and so should you.

13. Steven Hauschka, Seattle Seahawks: Hauschka was perfect for from inside 49 yards but just 1-for-4 from beyond 50 yards. He was also charged with two missed extra points. The Seahawks are a contender but a revamped and ultimately tougher NFC West means points will be harder to pile up.

14. Dan Carpenter, Miami Dolphins: Miami is a dark horse playoff contender, but an experienced Carpenter may make them a pale rider instead. He is not the kind of kicker that can drain a 59-yard kick, but, with years under his laces and his five misses beyond 40 yards a season ago, he only stands to lengthen his game.

15. Robbie Gould, Chicago Bears: With a better offense and younger defense the Bears could be dangerous. The aging Gould was once Fantasy gold and now once again he will command an army that seeks a division crown. He was 21-for-25 on FG attempts last season. Considering he kicks in the Windy City and sometimes the bitter cold, that’s pretty dang nice.