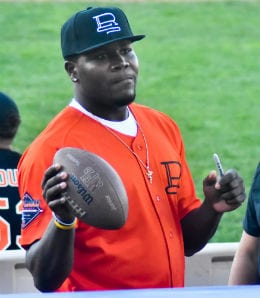 Even if Andy refuses to acknowledge them, the Colts have another potentially great offensive weapon on their hands in Anthony Gonzalez. While I was socializing recently, I received a phone call from the formerly esteemed Andy Goldstein. In this memorable phone call, Andy stated, “Derek, I will go the entire year without watching the Colts […]