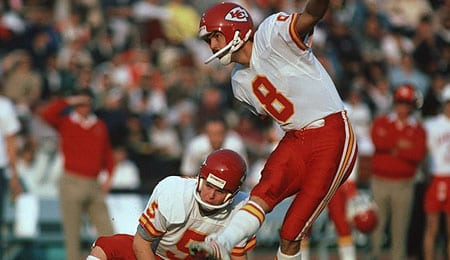 Nick Lowery could boot with the best of them. (Kansas City Chiefs)

RotoRob recently had the pleasure to sit down with Nick Lowery, the Kansas City Chiefs’ all-time leading scorer, and one of the greatest place kickers in NFL history. Currently an advocate for zero-THC Cannabidiol (CBD), Nick the Kick made three Pro Bowl teams over his 18-year career, and he proved as verbose and enthusiastic as he was accurate on the gridiron, waxing philosophical on a range of topics, including:

Now it’s your turn. Let us know in the comments below what your favourite Nick Lowery memory is.