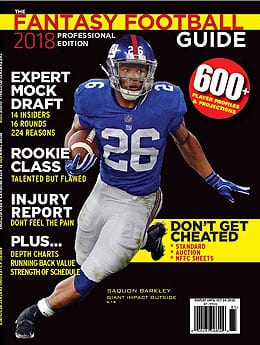 The Saints boasted the NFL’s top-rated offense, averaging nearly 29 points and over 410 yards per game.

No wonder Matt Millen wanted to choke Joey Harrington; he was the ultimate reminder of his failure as a GM. Editor’s note: This is Derek Jones’ debut article on RotoRob. The latest addition to the site, Derek will team with Andy to help provide readers with top notch fantasy football coverage year-round. Please help me […]