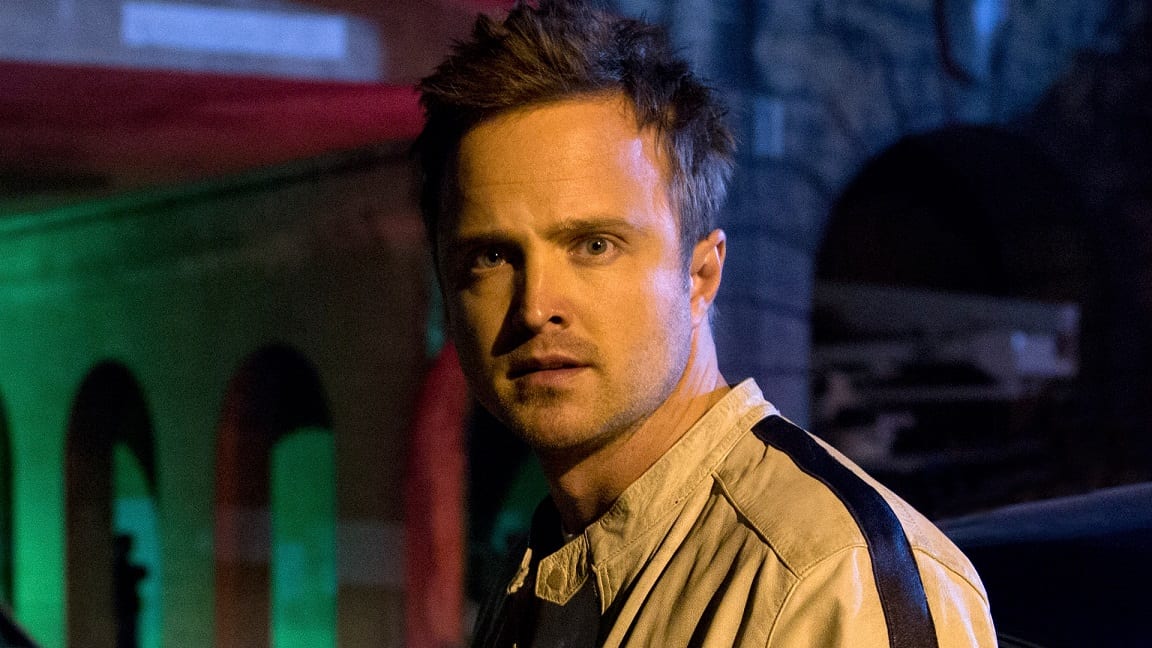 Where’s Mr. White when you need him, yo!?

Outside of a few exceptions, films and video games haven’t crossed over very effectively — regardless of whether it’s a game based on a movie or a movie based on a game. That’s precisely what Electronic Arts was trying to accomplish with the release of Need For Speed, the film based on the game series of the same name. So, does it have the makings of another Fast and Furious franchise on its hands? Or is this one stalled in neutral? Let’s pop in the Blu-ray and find out.

Marshall and his crew of stereotypical misfits supplement that income by street racing, but when his one-time racing rival (and local success story) Dino Brewster (played by Dominic Cooper) shows up with a lucrative offer to fix up a Ford Shelby Mustang, Marshall takes the job despite objections. Things don’t go according to plan, however, and Marshall and Brewster end up in a winner-take-all race for the money made selling the Mustang.

There’s a third person in the race — Marshall’s friend and the brother of Brewster’s fiancée — named Pete, and let’s just say things end badly for him. Marshall takes all the heat and spends two years in prison for vehicular manslaughter, and when he gets out he vows to get revenge on Brewster by beating him in the secret Deleon race (the ultimate “race for pinks”). For that he’ll need to drive cross country in less than two days while borrowing the Mustang from Julia Maddon, who oversaw the car’s initial purchase.

All credit goes to director Scott Waugh for eschewing computer graphics and creating a movie that’s absolutely chock full of stunt driving. We’re far from car aficionados, but even we found ourselves drawn into the extended car chases, races and harrowing escapes. It’s well filmed, impeccably choreographed and just a tremendous testament to what can still be done without CGI.

While the racing segments are undoubtedly the highlight, the acting isn’t terrible, either. Paul does a good job with what he’s given, and he and Imogen Poots (Julia) play off of each other reasonably well. Scott “Kid Cudi” Mescudi provides some comic relief in a manic, Kevin Hart-style performance, and Michael Keaton is fine in a small role as the Deleon’s creator and organizer.

If the above synopsis of the plot doesn’t sound absurd, trust us when we tell you that in action the story arc is pretty ridiculous. You can spot every single twist and turn well in advance, and herefore the “emotional” rallying cry for the last 90-plus minutes falls flat — so much so that when watching a later scene we actually paused the film and asked, “Who’s Pete?” Granted, we remembered shortly thereafter, but it says something that the event didn’t stay with us.

Character development is minimal, instead presenting a cast of character archetypes that we’ve seen in countless other films. So even though the performances aren’t bad, there’s nothing to invest in on a personal level. They’re just there to pad out the run time — for the record, Need For Speed checks in at more than two hours — and let you catch your breath in between the excellent driving sections.

Having loads of stunts as the backbone of the film actually makes for some interesting featurettes, most notably Capturing Speed, which shows the creativity that went into orchestrating the auto action. The Circus is in Town is also worth a watch as it tracks the film’s journey around the country to film the various scenes. Visually, Need For Speed is impressive due in no small part to all the lush scenery and cityscapes, and the Circus does a nice job capturing that.

There are a handful of deleted scenes along with some outtakes from Mescudi and Keaton, but we’re talking less than 10 minutes worth of content combined, and trust us, they didn’t take out anything of value. The Blu-ray also features a full commentary track with Paul and Waugh.

Despite not being racing buffs and being dimly aware of the film’s underwhelming response from critics, we actually found Need For Speed to be fairly enjoyable. Sure, it’s bogged down by clichéd characters and a dopey plot, but the film features intense action, some eye popping locations and a bunch of great driving. If you like driving movies at all, Need For Speed is a worthwhile purchase.