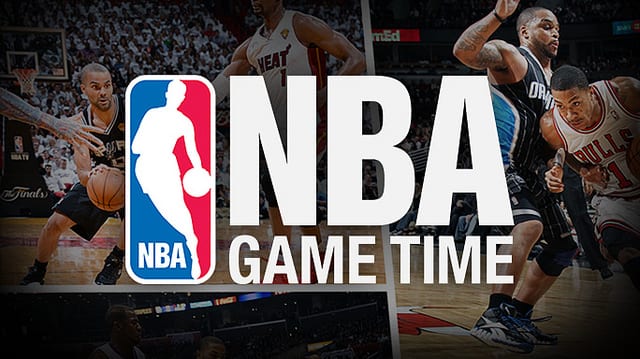 A year ago, we checked out the NBA Game Time App with Broadband League Pass on the Xbox 360 and found it to be an uneven experience — due mostly to poor stability in the actual stream. This time we’re jumping to next-gen and checking out the other console by reviewing the app for the PlayStation 4. The cost remains unchanged from the premium pass (US$199 for all 30 teams), while the choice package (in which you select any five teams) has gone from US$140 to US$149.

While the app is available on numerous platforms (Roku, Xbox, Android, etc.), for the purposes of this review we’ll be focusing on the PlayStation 4 version.

Cost: Even though the price has jumped slightly, the choice package still represents a US$50 savings over the cable/satellite League Pass. That assumes you’re okay will following just five teams, but if you’re not, the US$199 cost for six months worth of action is still reasonable.

Convenience: It goes without saying that Game Time allows you to stream live games as well as those that have already been completed. New this year, however, is a condensed version of previous games in which entire NBA contests can be viewed in roughly 15 minutes. Granted, you lose some flow and miss a substantial amount as things like missed shots and free throws are often removed, but it’s certainly a nice option to have if you’re in a hurry but still want to experience more than just highlights.

Home/Road Feeds: One of our favourite features of any digital sports service is having the option to listen to whichever set of announcers we want. That’s present once again — assuming the game is being carried in both markets — though the aforementioned condensed versions default to the home call.

Background Music: It’s not nearly as bad as it was for last season, doesn’t play during commercial breaks and — best of all — there’s an option to easily disable it. Hallelujah!

Scanning: One of our pet peeves from last year has yet to be addressed as there’s still no easy way to jump to various points in the game. Maybe it’s too much to ask for the NBA to mimic MLB and provide a nice timeline of highlights, but you’d think it would at least allow you to jump to the start of quarters or the last two minutes or something like that. Nope. You either go live or start at the beginning and then have to fast forward to wherever you want to go.

Stability: A year ago this was the biggest problem with the service. It’s still not perfect, but watching games on the PS4 is a much more pleasant experience. It’s rare for the signal to buffer excessively or time out, and you won’t see the hiccup loops that plague the NFL Sunday Ticket app. It’s still not silky smooth, however, and it definitely seems like streaming past games doesn’t work nearly as well as the live stuff — maybe it has to do with bandwidth allocation.

Picture Quality: While Sunday Ticket does have its moments of déjà vu, 95 per cent of the time it looks like you’re watching a high-def cable feed. With Game Time you rarely get that level of clarity. Instead you get something in between that typically keeps pace with the action but falls somewhere between high and standard definitions. You can really see the difference when streaming highlight packages from NBA.com, which consistently look much better.

NBA Game Time isn’t perfect, but the PS4 version of the app feels like a significant improvement over last year’s Xbox 360 version in a lot of key areas. This is especially true in the streaming, as we never ran into issues that resulted in us simply not being able to watch a game, which is something that happened routinely early in the 2013-14 season. As long as you’ve got a decent Internet connection, the NBA Game Time app with Broadband League Pass looks to be an even better buy this year.