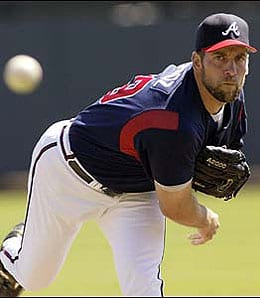 John Smoltz has been on fire, but where are the wins?

In today’s notes, we look at John Smoltz’s great run (but lack of wins), the Braves’ closer situation, and David Ortiz continuing to prove us wrong.