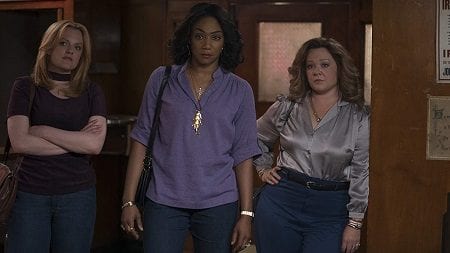 While marketed as a goofball comedy, Life of the Party features a surprisingly well-rounded performance from McCarthy, who is presented as smart, capable and desirable — and in an unusual “older woman, younger man” way where the relationship isn’t a setup for forbidden love or as a means to make the daughter embarrassed.