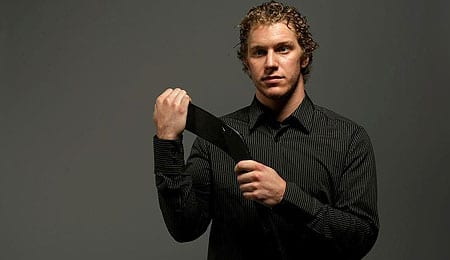 Bryan Little has shaken off his early-season doldrums.

Now, what often happens this time of year is owners start looking for those little areas to improve. Bigger changes can come via trades. Okay, well it is time to get down to business because the turkey is already defrosting which means the time is getting close at hand, ladies and gentlemen.

Bryan Little, C, Winnipeg Jets: Little did get off to a horrendously slow start, but has begun to work his way out of the doldrums. The centre has only nine points in 20 games, but six of those have come in the last six games. It all started with a two-goal, seven-shot outburst against Buffalo a week and a half ago. Little is owned in under 10 per cent of all leagues and only 3.2% of ESPN leagues, so now may be the time to pick him up before other owners catch on to the fact that he plays nearly 20 minutes per game and the shots on goal are piling up. Act fast!

Matt Read, C, Philadelphia Flyers: So far this season, Read has just been a rookie who finds a way to do more with less. Now, the centre does not get a great ATOI, but a hair over 16 minutes is pretty decent for a freshman. Read was missed about a week with an upper body injury, but has come back with a vengeance since scoring five goals and an assist in his last four games. Read saw 21:16 of ice time against Winnipeg on Saturday and maybe Philly did see something. Keep an eye on his ice time, but with him being owned in less than 10 per cent of leagues, he is worth an investment.

Zack Smith, C, Ottawa Senators: We take a bit of risk here with Smith who is another one of those young players on Ottawa. Yes, he only has 10 points in 20 games, but does have three in his last three contests. The key is what can Smith do going forward? Again this is yet another guy who is owned in 10 per cent of all Fantasy leagues. With injuries flying fast and furious around the NHL, it is time to look a little deeper than most normally would at this juncture. If you are hurting bad, then what do you have to lose?

Have a Happy Thanksgiving to all the Americans who read this and for our Canadian friends out there, thank you for letting us share The Wire Troll with you.

You can follow us on Twitter @TheProgramBTR, and as always we’re available for all your Fantasy hockey needs and questions. Thanks again.