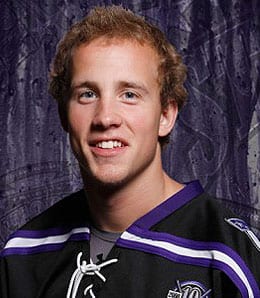 Hey, we are back! It has been a long time, hasn’t it? Okay the exact answer is about five and a half months. But after all, who’s counting? The first few weeks of the NHL Wire Troll will be a bit brief because this is about results. A player like Damien Brunner is not Wire Troll worthy because his ownership percentage shot up well past 50 per cent at the last Fantasy update. These are the picks less likely to skyrocket. Mason Raymond (four-point week) was also taken out because of the new data.

Now it is time to get down to business and it’s nice to be back.

Jaden Schwartz, C, St. Louis Blues: While St. Louis may be challenged for goals, there is no question that the team knows defense. Schwartz’s three-point week (which included a “Gordie Howe hattrick” against Florida — see video below of his less than impressive fighting skills) did turn a few heads. His poise is very encouraging and although the Panthers are not only the schedule this week. the Blues have a rather favourable Week Two. Schwartz’s ownership rate is low and at the very least the centre can provide some occasional offense. That cannot hurt.

Michael Grabner, RW/LW, New York Islanders: Sometimes Jeff Carter just is not available in your Fantasy league, so why not grab another player that could provide a decent lift in the goal department? Grabner averages around 2.5 shots a contest which is pretty decent, yet he is only owned in 15-to-20 per cent of most leagues. Will you take that risk? It may be worth it as the Islanders continue to find an increased role for Grabner. Teams must fear Grabner’s speed as he can manufacture a breakaway out of almost nothing. Remember this well as the season progresses.

Mark Giordano, D, Calgary Flames: It’s always sweet to find players that somehow fall through the cracks. Giordano, who has really found his game, is usually paired with the offensively gifted Dennis Wideman. Coach Bob Hartley’s fast-paced offense may run out of steam at times but Giordano represents a nice chance to collect on shots, hits, and ATOI. The rest is a bonus after all. When ownership rates are near 20 per cent, that is a sure sign to steal.

This Week’s Stab in the Dark

Marcus Johansson, C, Washington Capitals: Johansson has four assists so far and could get more. When you see PP1 time with the likes of Nicklas Backstrom and Alex Ovechkin, you have the recipe for a pretty decent season. Yes, Mikhail Grabovski will steal some points and a little in the way of ice time. However, “MJ90” has a pretty solid role and Coach Adam Oates likes his spot on the team. That means good times for Johansson’s owners. Washington will be a ton of fun to watch with that power play. Go pick him up now.

Do not forget to follow us @ChrisWasselTHW for the latest Fantasy hockey news and more.

Now may be the time to pounce while his value keeps going upward. Boedker’s 24 points in 38 games may not sound like all that much but with five points in his last five games, he is finally starting to put it together — and at a crucial time. Each team has about three games a week from here on out and at a 25-to-30 per cent ownership rate, here is a player that could help your team.