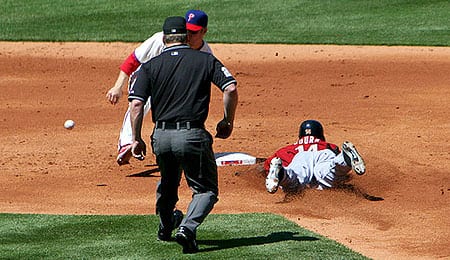 Manny Ramirez’s batting streak, among the quietest you’ll ever see thanks to Chase Utley, ended yesterday at a career-best 27 games. He was robbed of base hits twice — once by a diving Miguel Tejada and a second time when he hit a grounder to pitcher Todd Williams who threw wildly to first for an […]