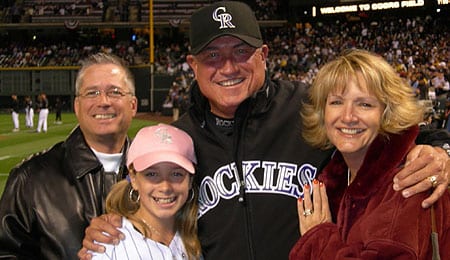 The wheels on the closer bus keep going round and round. Clint Hurdle didn’t take very long to make a move anointing Manny Corpas as his new closer this past Friday. This is just another example of how drafting set-up guys as an end play in those drafts and auctions can be a solid move. Now, of course, he has to keep the job, but the opportunity is there, and that’s half the equation.

In another interesting development Saturday, the continuing demise of Chien-Ming Wang as documented earlier in the day by our fearless leader RotoRob, reached a new high in lows. For those that didn’t take the time to adhere to the advice in that article, you probably are no longer in contention in your league ERA and WHIP categories. Wang managed to excite the Yankee faithful by allowing eight hits and eight earned runs over 1 1/3 IP in a rather embarrassing 22-4 drubbing at the hand of the Indians. Nice call, RotoRob! Just some food for thought here, but how much longer before we see either Ian Kennedy or Phil Hughes in that rotation?

This past week there have been abundant happenings around the game, so The Wire Troll is a bit chunkier than normal (the Troll on ‘roids?), but taking advantage of early season opportunities are extremely important in shaping the future of your 2009 season. So without further ado, let’s get started with some of the soul searching and see what’s out there for the upcoming week.

Manny Corpas, Colorado Rockies, RP: Thank you, Clint Hurdle! I drafted Corpas as a late end game play in a slew of leagues and after enduring the Huston Street early season crash and burn, the Rox have turned to Corpas to be their saviour. He’s done it before and, in a bit of a surprise, he is currently owned in only 34 per cent of teams playing over at CBS. If he’s available, grab him quick and make sure he’s on your active roster heading into Week Three.

Julio Lugo, Boston Red Sox, SS: Jed Lowrie is currently on the sidelines facing the possibility of season-ending wrist surgery. The Sox have turned to Nick Green in the interim, and a very-short interim it should be. Lugo, who is coming off knee surgery, should be cleared to head out on a short rehab stint as early as Tuesday and a return to full-time duties as soon as next weekend. He had a solid spring up until injuring the knee and if a sprinkling of power and upwards of 20 stolen bases fits your needs, now would be the time to acquire Lugo.

Juan Rivera, Los Angeles Angels: Vladdy Guerrero is DL bound for at least the next month, possibly upwards of two, and someone is going to be getting those extra at bats for the Halos. Rivera and Gary Matthews, Jr. seem to be the two likeliest candidates and I’m leaning towards Rivera to be the more productive of the two. That breakout year prior to that horrific leg injury demonstrated Rivera has the potential and until Vladdy fully recovers from the pectoral injury, Rivera should prove to be a solid addition in all formats.

Justin Masterson, Boston Red Sox, SP: The news is out there, but for those that haven’t happened to notice, the Boston rotation is currently in a bit of disarray. Injuries to both Daisuke Matsuzaka and Clay Buchholz, combined with the ineffectiveness of both Jon Lester and Brad Penny have forced Boston to give Masterson a start Monday. It’s a good thing the Sox have pitching depth, as apparently they’re going to need it. Masterson, who just missed out on breaking camp in the rotation, is tentatively scheduled as a two-start pitcher, so get him active in all formats heading into next week.

P.J. Walters, St. Louis Cardinals, SP: Walters is my flier for the week for those in deeper dynasty formats. Even though he only managed to get in four innings in his debut Friday, he did rack up an impressive seven strikeouts. Does this start earn him another kick at the can in the rotation for the Redbirds? I believe it does, so that definitely keeps the 24-year-old on the radar pending his next opportunity. The Cardinals will certainly provide ample offensive support for the 2006 11th round pick draft pick.

Elijah Dukes, Washington Nationals, OF: Apparently, discipline has been included in the 2009 players handbook for the Washington Nationals and Lastings Milledge is its first victim. Milledge was farmed out last week, and while his performance didn’t do him any favours, being consistently late for games was his undoing. Dukes is currently one of the hottest wire acquisitions out there and if he’s available in your league…Oh, wait, this just in…“News Flash”…Dukes was five minutes late for the team workout and got scratched from his Saturday start. Well done, Mr. Dukes! Some players just never seem to figure things out. As long as he is patrolling the outfield he should have solid value, but with the rather auspicious start it could be of the short-term variety. Then again, Roger Bernandina, who got the start for Dukes Saturday, busted his left ankle, so he’s done like dinner. Hey, this is one way to solve Washington’s outfield backlog.

Nyjer Morgan, Pittsburgh Pirates, OF: If your fantasy squad has the need for speed, it’s time to take a serious look at Morgan. In six seasons in the minors, he managed 231 thefts. Last year, he swiped 53 bags between Triple-A and the majors. Assuming that Adam LaRoche and Nate McLouth continue making contact, and Morgan finds a way to get on base, he has the potential for 30 thefts and 80 runs scored.

Mike Hampton, Houston Astros, SP: Dear God, I can’t actually be typing this, can I? It must be my evil and demented twin because I would have bet Kate’s cookie recipe that I’d never be recommending Hampton as a pick up in anything but your work softball league. Here we are, though, and after two decent starts he has to be at least a consideration in both NL-only and deeper mixed formats.

Fred Lewis, San Francisco Giants, OF: Here’s a situation that caught me totally off guard. Lewis is currently owned in only 35 per cent of all leagues playing over at CBS. Whats up with that? He is currently batting 15-for-35, a tremendous .429 BA. Lewis has no homers and just one RBI, but if he continues to hit those RBI will come in time. Eventually, someone will make it onto base in front of him for the Giants. Lewis’ 15-homer and 20-steal potential is very enticing, so he should be rostered in all formats.

Zach Duke, Pittsburgh Pirates, SP: It has been a very long road for Duke since that outstanding debut back in 2005, however, the 25-year-old southpaw seems to be figuring things out early on in the 2009 campaign. In 15 1/3 IP, he has allowed only nine hits in compiling an outstanding 0.59 ERA and 0.85 WHIP. If Duke is available in your league, grab him before he’s gone.

Scott Rolen, Toronto Blue Jays, 3B: For the first time in a long while, Rolen is swinging the bat with some serious authority. Other than Alex Rios, who isn’t pounding the cover off the ball for the Jays? Rolen is off to a great start with two homers, five RBI, nine runs scored and a superb .326 BA. A bounce back to the 20-homer, 80-RBI range is not out of the question for him this season, making Rolen a solid acquisition as a corner man.

Chris Duncan, St. Louis Cardinals, OF: We’ve always known that Duncan could hit, but staying healthy was another story. He’s off to a great start in 2009 with two homers, 11 RBI and a fantastic .381 BA, and is available in about 60 per cent of all leagues playing over at CBS. Tony LaRussa is known for playing the match-up game and with Colby Rasmus ready to step in, any sort of slump for Duncan would be disastrous to his PT, but right now he’s the hot hand so go get him and reap the rewards.

Jason Kubel, Minnesota Twins, OF: I wonder if hitting for the cycle Friday might generate a bit more excitement for Kubel. He continued his hot streak Saturday with a 4-for-5 performance and is currently batting .366 with two homers and 12 RBI. As we’ve discussed, it’s a very crowded situation right now in the Twins outfield and DH slot, but Ron Gardenhire will go with the hot hand and for now Kubel is that man. He is owned in only 35 per cent of CBS leagues, so is most likely available as a waiver pick.

Franklin Morales, Colorado Rockies, SP: In a rather unusual turn of events, the Rockies demoted Morales after his solid 2009 debut as they weren’t going to be need their fifth starter again until April 21. The 23-year-old southpaw pitched five shutout innings down on the farm this past week, so looks quite ready to return to the active roster Tuesday. It looks like Morales is building on his fine winter ball performance and has made vast improvements in his control, the major cause for his past failures. He is currently rostered in only 13 per cent of CBS leagues and is a decent gamble in all keeper formats and NL-only leagues.

Ricky Romero, Toronto Blue Jays, SP: As we mentioned above, the Jays are hitting the cover off the ball, but when you have to get Brian Tallet to step up to be your fifth starter, it isn’t looking real pretty. However, 24-year-old Romero has certainly brought his “A” game early in the 2009 campaign for the Jays, sporting a solid 2.57 ERA and 1.21 WHIP. The key to his success has been limiting the opposition to only two walks in both of his starts. Romero pitched eight solid innings in his last outing, giving a very overworked Jay bullpen a much needed break. He is a solid addition in AL-only leagues.

Derek Holland, Texas Rangers, SP: The Josh Rupe experiment in Texas has officially ended with his release Saturday and the subsequent promotion of phenom Derek Holland. I have long had a man crush on both Holland and Neftali Feliz and I’m hoping that this is the dawn of a new era in Rangers pitching. Holland, a 22-year-old southpaw, has the tools to be a dominant major league pitcher. Last season, he combined to go 13-1 with 157 strikeouts in 150 2/3 IP at three levels, allowing 40 walks and only three homers with a 2.28 ERA. Holland is a very special prospect and while he will be pitching in long relief initially, he could see some time in the rotation in the very near future. Holland should be rostered in all keeper formats and AL-only leagues.

LaTroy Hawkins, Houston Astros, RP: The ailing back of Jose Velverde has forced the Astros to turn to Hawkins for some interim saves. Back woes can be lingering, so if you’re desperately seeking saves and have the bench space, Hawkins could be of value heading into this week. Just temper those expectations, until we get a bit more information on the status of incumbent closer Valverde.