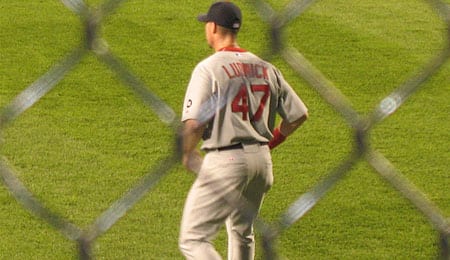 It is just us or do you need to apply the “rule of three” to any estimate of Alou’s recovery time? When they say he’s out two or three days, what they really mean is six to nine days. And when he’s put on the 15-day DL, in actuality, you must consider that to mean the 45-day DL. Yes, I am a frustrated owner.