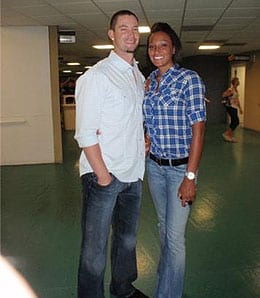 When we released our 2013 Minnesota Twins Season Preview, we wrote that the bullpen was going to be deeper thanks to grabbing Josh Roenicke off waivers from Colorado.

Well, we still can’t quite figure out what the Rox were thinking (which is pretty much par for the course) in letting him go, but we were bang on in suggesting that Roenicke would help the Twins’ pen, which currently ranks third in the majors with a collective ERA of 2.75 — an improvement of over a run per game from last season.

The 30-year-old righty –nephew of Milwaukee Manager Ron Roenicke — was a little bit easier to hit last year, but it was hardly a major issue as he enjoyed the finest season of his career (notwithstanding some less-than-impressive command).

Despite some recent struggles, he’s taken that a step further so far this season, enjoying his lowest hit rates yet (en route to a 3.00 ERA) while racking up a win and five holds (third on the team) so far.

Roenicke is behind at least two relievers in the saves pecking order, but if you’re in a deep AL-only league that tracks holds, he’s worth considering.

He was particularly effective in April, thanks in part to a three shutout inning performance against the Orioles early on, and while May has been less kind so far (6.00 ERA), Roenicke was superb Monday night, tossing 1 2/3 shutout innings in which he gave up just one hit to the White Sox while fanning three and walking none. Yes, it took a brilliant leaping grab by Aaron Hicks to help salvage Roenicke’s effort, but hey, we all need a bit of help from time to time.

As recently as 2009, Reonicke looked like a future closer, but he’s had a harder and harder time throwing the ball by big league hitters. He’s finally reversed that trend this season, averaging 7 K/9 — hardly the dominating form he flashed earlier in his career, but a marked improvement over last year when he fanned just 54 in 88 2/3 IP.

A 10th round pick by Cincinnati in 2006, Roenicke was dealt to the Jays in the Scott Rolen deal in 2009. Two years later, the Rox claimed him off waivers

The fact of the matter is that Roenicke was rather fortuitous with his bottom line numbers last year, and he’s been even luckier so far this season.

The UCLA product has generally been pretty good about keeping the ball in the park, but served up nine dingers last season and has already been burned three times this year. And although he’s shown modest improvement this year, control remains an issue.

Want to know more about Josh Roenicke? Here’s an interview he did a couple of years ago.

Crave more in-depth Fantasy analysis? Then join us every Thursday at 9 p.m. EST for RotoRob’s Fantasy Baseball Weekly Podcast on Blogtalkradio. Tim McLeod and RotoRob will entertain and edify you for a half hour or more each week. We’re off this week, with the Blackhawks in action, but hope to return on May 23. Tune in here.