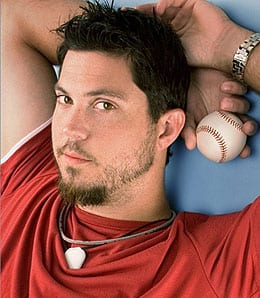 Josh Beckett, the prize acquisition of the Boston Red Sox this past offseason, has been a resounding success at 11-4 heading into the All-Star break.

As a general rule of thumb, you can expect a National League pitcher switching to the American League to experience a rise in ERA of about half a run given the more difficult lineups he must face that include DHs but no pitchers to easily prey upon.

But the rude treatment that Beckett has received in his first AL campaign goes far beyond normal regression levels and is completely shocking given that sparkling win-loss record.

Saturday’s outing against a powerful White Sox club was a perfect microcosm of Beckett’s year. He throws six innings and gets shelled for 10 hits and five runs, yet wins. After loading the bases with nobody out in the seventh, Beckett left a three-run lead in the hands of his bullpen with a serious mess to clean up and Jim Thome, Paul Konerko and Jermaine Dye due up. Somehow, the Sox pen got that dangerous trio to go one-two-three and in turn got Beckett off the hook to preserve his chance to win.

Most concerning about Beckett’s performance since joining the Junior Circuit is his sudden, rather severe case of gopheritis. He coughed up another three long balls Saturday — his second straight start serving up that many dingers. Through 110 innings pitched, Beckett has now been smacked around for 26 home runs — the highest total of any major league pitcher this season. Considering he had never before surrendered more than 16 in any season, this is an unbelievable development.

Well, you’re thinking, it must be the Fenway factor, right? I don’t think so, Tim. Fenway Park is not a home run haven this season. In fact, only AT&T Park in San Francisco is restricting home runs more than Fenway.

Perhaps Beckett is just giving up far more fly balls this year? Nope, not really. His G/F ratio was 1.25 last year, and yes, it has dropped this year, but only to 1.09. That’s not nearly enough to explain this monumental a spike in long balls.

His K/9 has dropped to just over 7.5 from 8.36 last year. But last year’s total was down in turn from 2004’s mark, yet Beckett enjoyed the finest season of his career in 2005. So that’s not as big a factor as you’d think. And consider that if more balls are being put in play against him, he’s got the major’s best defensive team lined up behind him.

Beckett’s command has dropped as well, from a career-best 2.86 K/BB ratio last year to a career-worst 2.56 mark this year. That’s definitely a small factor in his ugly (relatively-speaking) ERA of 4.75. Another factor is Beckett’s being hit harder than ever. While his .256 BAA is the worst he’s ever had (previous worst was .246), that .510 slugging percentage against him dwarfs his previous worst (.389). Obviously, the home runs are a huge part of that.

Another consideration is his health, as in he’s actually enjoyed good health for once. So Beckett is on pace to pitch 196 innings this year, a total he’s never reached. Could he simply be tiring from a workload he’s never experienced? In fairness, he’s not being worked as hard as in the past, with a pitch per game average that is at its lowest in five seasons.

All in all, Beckett, while clearly not at his best in 2006, has not been bad. He’s just giving up too many fly balls that are leaving the park. I mean, 11 quality outings out of 18 starts is pretty darn good. Of course, the fact that only six pitchers in baseball are receiving more run support than Beckett’s 7.01 runs per game is certainly a big help.

Beckett has been a better second-half pitcher in recent seasons, so it’s reasonable to expect him to record an ERA much closer to 4.00 between now and the end of the season. And if that run support continues, and he continues to avoid the injury bug, this may finally be the year Beckett becomes a 20-game winner. While getting burned for almost 50 homers. Now that’s impressive.