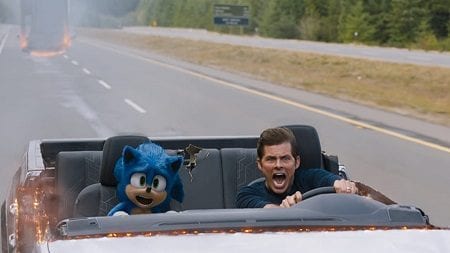 If you’re a fan of Jim Carrey circa Ace Ventura, you’ll likely enjoy him as Dr. Robotnik. Carrey brings the manic energy that put him on the map as a cast member of In Living Colour, talking over people, insulting them and just generally being a jerk. That shtick has a shelf life, but in a secondary role for a kid’s movie it’s spot on. He’s instantly unlikable to kids, who want to see him get his comeuppance, and provides some humour for parents as well. It’s perfect casting.