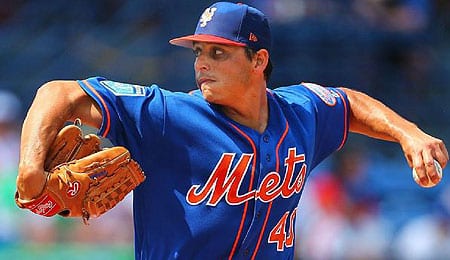 Jason Vargas could prove useful down the stretch. (ESPN.com)

Welcome back to another week of Fantasy baseball. We’re in the dying days of July now, so just about two months to go before the 2018 season is done. Keep milking the wire, peeps!

This week trades dominated the landscape as former All-Star Mike Moustakas‘ career as a Royal is done as he’s been dealt to Milwaukee; the Astros managed to outbid the pack in landing Twins’ reliever Ryan Pressly; and the Mets helped division rival Phillies take control of the NL East by shipping them Asdrubal Cabrera.

Jason Vargas, SP, New York Mets (ESPN: 0.7 per cent; CBS: 8 per cent): Vargas hasn’t exactly had a good season, but he returned Friday after spending over a month on the DL with a calf injury and pitched decently, giving up just three hits in 4 1/3 IP. But let’s not forget that he somehow won 18 games for the Royals last year, looking especially sharp over the first two months when he was seventh in the majors in ERA. Homers have been a major issue for Vargas this year, but if he can address that in the second half, he has a chance to offer value in NL-only formats. He’s really limited the infield hits this season, for what it’s worth, but that hard hit rate is going to need to get back under 30 per cent before he’ll be delivering positive results. Maybe the issue Vargas is having is that he’s throwing harder this year — his fastball velocity is up to 86.9 mph, and he’s using it way more often, reducing the frequency of his curveball and changeup (which looked great earlier in the season, see video below).

Neil Walker, 1B, New York Yankees (ESPN: 1.1 per cent; CBS: 7 per cent): Reduced to a part-time role this season, Walker has never really gotten it going as a Yankee. Now, however, he’s likely to get more PT with Aaron Judge out (and therefore, Giancarlo Stanton playing the outfield more often). Walker is showing signs of life, hitting safely in four straight and seven of the last eight games to get his BA over the Mendoza Line. In what’s been his most productive month of the season, he’s now batting .311 with an OPS of 851 in July while seeing more PT. Walker’s extra-base pop has nearly vanished and what modest speed he once had disappeared years ago, but he has a chance to salvage his campaign over the next few weeks, so give him a look in deep AL-only leagues.

Lourdes Gurriel Jr., 2B/SS, Toronto Blue Jays (ESPN: 9.3 per cent; CBS: 16 per cent): Gurriel is beginning to show his power potential, spanking two homers Friday, giving him three jacks in the last four games. He’s hit safely in nine straight, recording multiple hits in every single one of those games to raise his BA from .226 to .308. Few players are hotter than Gurriel right now, so consider him in all formats.

Marco Estrada, SP, Toronto Blue Jays (ESPN: 7 per cent; CBS: 30 per cent): Estrada, out for nearly a month with a hip woe, is expected to come off the DL and start Monday. The Jays could definitely use the rotation boost now that J.A. Happ has been traded. Estrada was looking sharp last month before getting hurt, but homers have been an issue this season. He’s reduced his fastball usage this season (and his velocity is down), and has continued the trend of using his changeup more and more. Estrada could be the next Toronto starter traded away.

Jalen Beeks, SP, Tampa Bay Rays (ESPN: 0.8 per cent; CBS: 6 per cent): Now that he’s been dealt to Tampa Bay, Beeks should have a much greater opportunity to stick in the bigs. To start out with, he’ll pitch in long relief behind the Rays’ “opener” on Saturday. He’s been beat up in limited chances in Boston, but this fastball pitcher — who will mix in a cutter, curve and changeup — has a chance to become a mainstay in Tampa Bay.

Clay Buchholz, SP, Arizona Diamondbacks (ESPN: 28 per cent; CBS: 39 per cent): Buchholz looked very sharp in his return from the DL on Tuesday, and hasn’t given up more than one earned run in any of his last three starts. At 3-1, 2.38 ERA, he’s pitched very well this year despite the fact his fastball velocity has dropped for the third straight year.

Kole Calhoun, OF, Los Angeles Angels (ESPN: 24.9 per cent; CBS: 38 per cent): Calhoun has never had a tougher time against fastballs than he’s had this season, but a red-hot and productive July has him over .200 at last.

Juan Nicasio, RP, Seattle Mariners (ESPN: 1.6 per cent; CBS: 4 per cent): His slider hasn’t been effective like it was last year, but he’s seeing plenty of action, is racking up the holds and his command has been off the charts amazing.

Joc Pederson, OF, Los Angeles Dodgers (ESPN: 27.9 per cent; CBS: 47 per cent): Pederson is struggling against sliders this year, but before Friday’s 0-fer, he was on fire, hitting in four straight games.

Trevor Williams, SP, Pittsburgh Pirates (ESPN: 23.3 per cent; CBS: 39 per cent): For the second straight year, batters are swinging at fewer pitches in the zone from Williams, so he must be keeping them off balance. He hit a rough patch at the end of June, but is rolling now, with back-to-back scoreless starts, earning wins in each.

Dan Otero, RP, Cleveland Indians (ESPN: unowned; CBS: unowned): Otero’s O-Contact rate is higher than ever, so nibbling isn’t helping. Still, his command has been superb, his WHIP is better and he may get a spot start on Saturday, making him a huge sleeper in DFS action.

We’re going to get into some serious old school breaks with The Generation Gap Orchestra performing a cover of Aretha Franklin‘s classic “Rock Steady.”