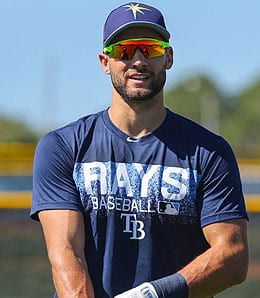 Welcome back to another week of Fantasy baseball. It’s homestretch time, baby. So this is likely the final chance you have to pluck goodies off the wire. Don’t let up now!

This week, Aaron Judge (wrist) has been activated by the Yankees, but is still not ready to hit; Gregory Polanco‘s career year is over after he had surgery on his shoulder — a procedure that could keep him out mid-June next season; and Cubs reliever Pedro Strop (hamstring) is done for the season, and his status for the postseason is also questionable.

Frankie Montas, SP, Oakland Athletics (ESPN: 3 per cent; CBS: 10 per cent): With Trevor Cahill (back) to skip his next start and require an MRI, the door is again open for Montas to stake his claim. While Montas may not start, he’s likely to pitch the majority of the game after Oakland’s opener, making him the pitcher to target. His record wasn’t great at Triple-A, but his ERA was improved this season and he was solid in the A’s rotation in July (3.86 ERA). Montas has done a much better job of keeping the ball in the yard in the majors and with his excellent velocity and improving secondary stuff he has a chance to be a fine starter. This portly Dominican, originally signed by the Red Sox in 2009, struggled to earn wins at Triple-A last year, but he’s bagged five victories in just 11 starts with the A’s.

Adalberto Mondesi, SS, Kansas City Royals (ESPN: 36.1 per cent; CBS: 42 per cent): A graduate of our 2016 Top Prospects list (at the time known as Raul), Mondesi didn’t see much action with the Royals last year, but showed nice gap power at Triple-A. This year, he’s seen more time in the majors than ever, responding with some sweet counting cat numbers. Mondesi is on fire right now, hitting safely in four straight (9-for-18) with a homer, five RBI and three steals. After a solid August, he’s got an OPS of 921 in September, making him a great late-season target. Mondesi oozes talent; if he can ever improve his plate discipline, he’ll be a future star.

Kevin Kiermaier, OF, Tampa Bay Rays (ESPN: 26.6 per cent; CBS: 27 per cent): After a career, albeit injury-shortened season in 2017, many expected Kiermaier to be a real Fantasy stud this year. Unfortunately, injuries were again a factor and he struggled badly, especially last month. However, Kiermaier is finishing with a flourish, swinging a scorching hot bat in September despite going 0-for-4 Friday to snap an eight-game hitting streak. He looks like a great asset down the stretch, as long as he doesn’t get beaned by any stray foul balls (see video below).

Victor Carantini, C, Chicago Cubs (ESPN: 1.4 per cent; CBS: 3 per cent): Carantini has hit safely in five of his last six games as he tries to make an impression for 2019. He’s been spelling Anthony Rizzo at first base from time to time and is very close to earning qualification at first as well as catcher for next year. Carantini’s extra-base sock has dipped a bit this year, and he offers no speed, but can be a decent asset in very deep NL-only leagues.

Nick Solak, 2B, Tampa Bay Rays (ESPN: NA; CBS: 1 per cent): Seeking a Dynasty league option at the keystone corner? Take a look at what Solak — the Yankees’ second rounder in 2016 — has done in his first full season at Double-A. Last year he made an impressive jump to High-A, gaining valuable experience before a late promotion to get his feet wet at Double-A. Solak hasn’t hit for quite as high an average this season, but has racked up the total bases while showing a very intriguing power-speed combination. This is a kid worth watching.

Jesse Biddle, RP, Atlanta Braves (ESPN: 1 per cent; CBS: 2 per cent): A week and a half ago, former top prospect Biddle blew a save in ugly fashion, but still came away with his fifth win of the season. The rookie’s bread and butter is his curveball and it’s helped him enjoy a solid debut during which he’s posted an excellent ERA, generally kept the ball in the yard and worked his way into a setup role in which he’s becoming an asset in holds leagues. As a lefty that’s dominated righties, Biddle has a chance to become a high-leverage reliever in time. For now, he’s merely a deep NL-only league asset, but there’s upside here.

Michael Lorenzen, RP, Cincinnati Reds (ESPN: 0.5 per cent; CBS: 1 per cent): Lorenzen has enjoyed a better season as the Reds’ long reliever, notwithstanding a couple of rough outings recently. Still, he recorded four outs on Friday in a shutout performance and has now been pegged as the starter on Tuesday, making him a sleeper DFS pick. Lorenzen has done a better job of keeping the ball in the yard this year, and that’s improved his bottom line results. This will be his first start since 2015, so don’t expect him to go deep, but he could provide sneaky value.

Who lived through the ’70s and doesn’t love Aerosmith? The Boston hard rockers have shown amazing durability over the years, and contributed to the soundtrack for the movie Armageddon in 1998 with “What Kind of Love are You on?” Fun fact: this track was an outtake from Nine Lives, the band’s 12th studio album, released in 1997.

His Thursday start got pushed back to Saturday, and now he’s been scratched from that as well. Hamels apparently won’t go on the DL, so may take the bump on Sunday. With Texas doing awful this season, he may very well be on the trading block, and given his 2.54 ERA on the road, his value could soar with a trade. Once we’ve established his prognosis, consider making an offer for Hamels.