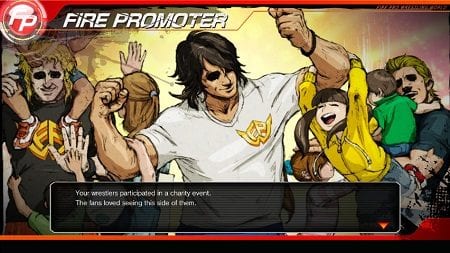 Probably the single biggest gameplay difference between this and the WWE 2k games is that Fire Pro encourages you to create exciting matches by emphasizing grading, whereas the WWE games are more akin to a fighting game. Here you might kick out late in a count or allow the A.I. to mount a comeback in the interest of crowd favour.