The Wire Troll: Add Some Saltalamacchia to the Mix 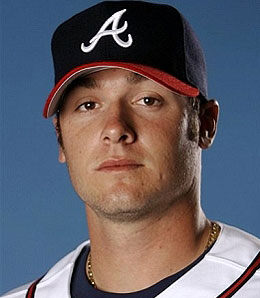 Regardless of what his long-term position is, the fact that Jarrod Saltalamacchia qualifies at catcher now makes him fantasy gold.

Okay, so the trade deadline has passed and fantasy football drafts have already began (I’ve already done two myself). So, who should you look at now that the trades are generally complete and players are mostly locked in to their respective line-ups? Sit back, grab a Dr. Pepper and let me educate you fellow fantasy baseball lovers out there.

Jarrod Saltalamacchia: He was the key piece headed to Texas in the Mark Teixeira deal. Now, while Gerald Laird will still start five games per week at catcher, Saltalamacchia should see the other two games, assuming a seven-game week. When he’s not catching, however, look for Salty to spend the rest of his time at first base. The Rangers don’t see him as a long-term catcher, but we don’t care because if we messed our AL-only league drafts up and didn’t snag a good catcher, we have an option now. Grab him immediately!

Melky Cabrera: Cabrera is actually available in most of my leagues now, and in a few of them, I took a chance on him. Over the past week, Cabrera is hitting .360 with four runs, one home run, six RBI, and one stolen base. Looking back over the past month, Cabrera is lighting it up to the tune of 35-for-103 (.340 BA) with 18 runs scored, three home runs, 15 RBI, and four stolen bases. I’d give him a look for your OF, as he really looks to be settling into a groove now.

Ronny Paulino: Now, here is a pretty low-level player, but if you miss out on Salty and need a rental catcher, give Paulino a look as a short-term solution. Over the past week, he has hit 16-for-55 (.291) with five runs, two home runs, and seven RBI. If you do take him, keep a very close eye on him so you can get out before he remembers he is Ronny Paulino and not Mike Piazza circa 1997.

Joaquin Benoit: With the Rangers moving Eric Gagne, and with rumours surfacing about Akinori Otsuka possibly facing Tommy John surgery, Benoit could be the Rangers’ lead man for save chances the rest of this season. Texas management hasn’t named anyone the closer yet, but, from where I sit, Benoit is really the best bet to get the majority of the chances right now. If you need saves and want to get some sneaky ones, pick up Benoit.