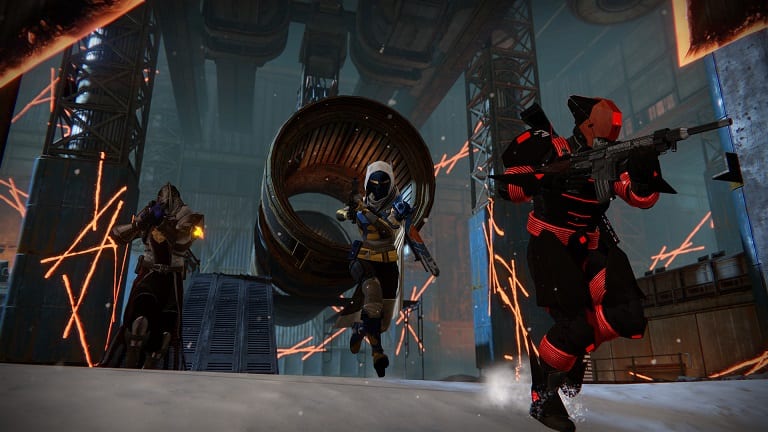 Some two years after the launch of Destiny, Bungie and Activision are still churning out substantive new material, entering Year 3 with the release of Rise of Iron. To the surprise of no one, the latest add-on doesn’t look to reinvent the wheel. It sticks with the game’s core concepts, making changes to enemies at the periphery while adding a new campaign along with new strikes, weapons and a raid.

Priced firmly in between the original two DLCs (The Dark Below and House of Wolves) and last year’s sizeable The Taken King expansion, Rise of Iron also bids farewell to the Xbox 360 and PlayStation 3, respectively, and is only available for those on next-gen consoles.

Now, more than 100 years later, the Fallen, under the leadership of presumed-dead Sepiks Prime, have discovered SIVA and seek to unleash it once again upon the world. Lord Saladin, the last of the ancient order, turns to you to drive SIVA back and discover a way to wipe it out (rather than just contain it as they had in the past).

While it’s a fine setup, it does little to broaden the fiction and wraps up in less than two hours. The new foes are simply infected (read: reskinned) Fallen, and outside of a unique final boss fight everything has a very similar feel. The jump from the penultimate to final battle also feels rushed, like another mission or two should’ve been in there.

Although most of the action takes place on Earth, the spreading SIVA and new weather have been added to give recycled environments new life. There’s also a new area to patrol called the Plaguelands along with another player hub at the aforementioned Iron Temple. Again, there’s nothing wrong with what’s there, we just would’ve enjoyed more of it.

And enjoy it we did. For whatever you want to say about it feeling overly familiar or not tacking on a long enough storyline, Destiny remains a really fun game to play and one of the best co-op experiences for those that don’t have long-standing groups to team up with.

Jumping back in with the new and remixed strikes was a blast, and it was an immediate reminder of what Destiny does well. For those that shade more hardcore, a new Raid has also been added. As you’d expect, it amps up the difficulty, relies heavily on teamwork and is designed to test hardened Guardians.

Those that enjoy the PvP side will find three new Crucible maps (four if you’re on PS4) along with an additional mode, Supremacy, which feels a lot like Kill Confirmed from the Call of Duty series. One other nice feature — albeit one that probably should’ve been added long ago — is the ability to create custom and private multiplayer matches.

There is plenty of other bells and whistles, too, including an increased light level, new weapons and gear, a set of themed artifacts acquired via a series of post-campaign quests, and Archon’s Forge, which is akin to Court of Oryx and asks you to hold a position in wave-based combat.

While Rise of Iron isn’t as strong as The Taken King, it still adds a decent amount of new content to keep players busy. It doesn’t mix up the formula, though, so if you’ve grown tired of what core Destiny brings to the table, this is more of the same.