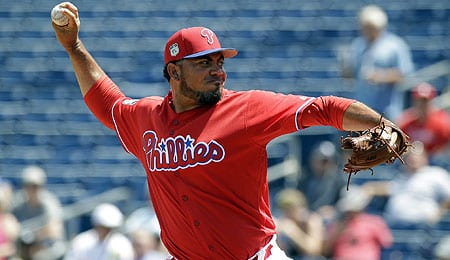 Santana’s PED suspension ended Saturday and he is scheduled to make his Twins’ debut on Sunday. The well-travelled veteran wasn’t as sharp in his only season in Atlanta in 2014, yet still posted a solid record with plenty of Ks. Need pitching help? Look no further.