The Wire Troll: The Fountain of Youth 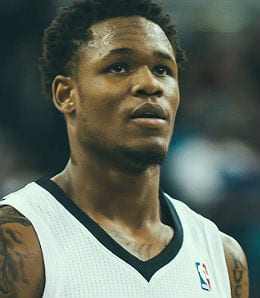 Ben McLemore is seeing big minutes for the Kings. (Rookie.com)

By now you should know where your team stands, you should know if you are looking for a breakout player or just looking for solid handcuffs and playing it safe. In Roto leagues you should know what categories you have going for you and which one you need help with. Although these are the facts at this stage, we still are only five weeks into the season which means you still have time to rebound and get into contention. It doesn’t matter which side you are on, we will try to help you out.

Ben McLemore, SG, Sacramento Kings (ESPN: 16.3 per cent; CBS: 45 per cent): A guy getting 34 minutes per game on a decent Western Conference team should be owned. McLemore’s 12 points per game is nice, however he doesn’t do anything else (although, in fairness, he’s shown some hops lately, as you can see in the video below). Still, he makes for a great plug and play with a nice match-up especially because Rudy Gay is starting to pick up double teams.

Jason Terry, SG, Houston Rockets (ESPN: 5.5 per cent; CBS: 10 per cent): The Jet is back, averaging over 17 points in the last three games and hitting a good amount of threes. If he is returning to the productivity of his younger days, then he is a must pick up. The major concern is that when Patrick Beverley and Isaiah Canaan return from injury, Terry’s minutes could drop. Nonetheless, Jet is definitely worth a short-haul flight currently.

C.J. Watson, PG, Indiana Pacers (ESPN: 3.7 per cent; CBS: 4 per cent): The Pacers announced that George Hill is out for a few more weeks, so Watson should be owned until then. Watson has only been back for five games after his own injury this season, but is continuing to improve every game.

Kyle O’Quinn, PF/C, Orlando Magic (ESPN: 4.2 per cent; CBS: 21 per cent): O’Quinn is another player that’s value is linked to an injury. With Nikola Vucevic out (but expected back soon), O’Quinn is a must own by all Vucevic owners. On Tuesday in a game which the Magic should have won, O’Quinn had 21 points and 11 rebounds in 27 minutes, but then only played seven minutes on Wednesday. If he gets more consistent PT, then he might be worth a pick up in standard leagues. But for now, Vucevic owners really need to look into grabbing O’Quinn.

Donatas Motiejunas, PF, Houston Rockets (ESPN: 12.5 per cent; CBS: 43 per cent): A player on the rise, Motiejunas has had five or more rebounds in 14 of 19 games this season. If you need help on the glass, he is a great pick up. He’ll also score a little but outside of that does not offer much help.

Kevin Garnett, C/PF, Brooklyn Nets (ESPN: 13.1 per cent; CBS: 37 per cent): Obviously, Garnet is not the player he once, but he remains a major rebound threat as he is averaging 8.4 in just 24 minutes. If the Nets start to play him more as the season wears on and they’re making a playoff push, then he will be a double digit rebound guy again. We’d like to see KG’s scoring go up, but you can deal with it for now. He is also averaging 1.8 steals in his last five games.

Kris Humphries, C/PF, Washington Wizards (ESPN: 3.4 per cent; CBS: 14 per cent): A player on the rise, Humphries is looking young again. After scoring 20 points Friday and pulling down 20 rebounds Wednesday, he looks to be a legitimate double-double threat again. Humphries is becoming a nice sixth man for the Wizards, but the key here will be whether his minutes stay up when Nene returns.