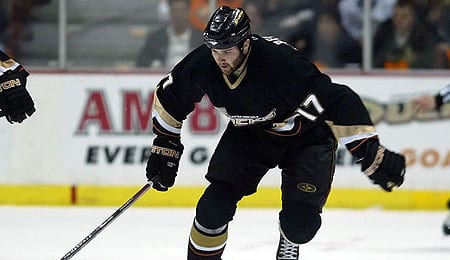 Can anyone believe this? Greene has always been a pretty good defenceman. He does his job more or less, chips in a few points and does solid work against the other team’s top six when he is on the ice. Greene has eight points (two goals, six assists) in his last five games, but generally shots on goal are not his strong suit — being “ahead of the play” is. The fact that the points are coming is a bit of a surprise but he has definitely worked hard during the lockout. The power play points are a very nice bonus for Fantasy owners. With the schedule getting tougher, and Greene getting more and more ice time, it may be time for him to see top line power play time which will be beneficial to future production.