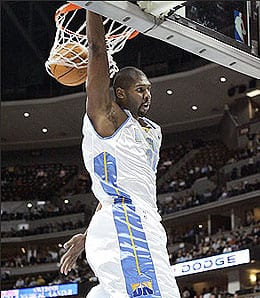 And we’re off. After the hype and excitement of a 7-1 preseason, the Raptors’ 2006-07 season got underway for real last night in New Jersey. While the false start — a 102-92 loss to the Nets — was disappointing, there is so much optimism that this club could potentially be playoff-bound this season, that one […]