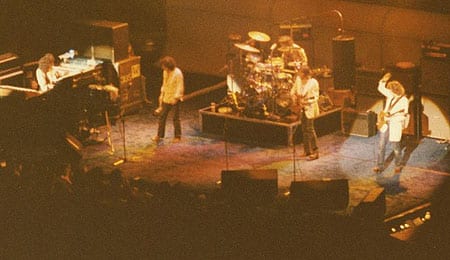 The Moody Blues wondered — as Fantasy owners should as well — which is real, and which is an illusion.

We’re back with more of the 2010 RotoRob MLB Draft Kit, today regaling you with yet another of the Top 10 Lists Fantasy Owners Always Wanted But Were Afraid to Ask For. And as the Phillies put most of their pitching staff on the DL, let’s take a look at a few players we’re planning on steering clear of, or at least not reaching for, in 2010.

Indeed, several players show all the trappings of being potential Fantasy flops in 2010, and we have profiled them here. While all will have Fantasy value in 2010, they likely won’t provide adequate return on your draft-day investment. Whenever a player has a breakout season, it’s important to take a look at the facts behind those gaudy numbers, and in the immortal words of the Moody Blues, decide which is right…and which is an illusion. Cue the ethereal music, please.

1. Aaron Hill, 2B, Toronto Blue Jays: Before exploding for .286-36-108 last season, Hill had never exceeded 17 homers or 80 RBI in his six-year professional career. We’ll not argue the fact that Hill is a solid option at second base, but drafting him with the expectation of another 30-plus bombs and 100 ribbies is not a wise idea. Hill’s batting eye is mediocre at best, so he won’t draw many walks to help pad his run total, and his OBP was below .300 for the months of June, July and August last year. Blech. Think in terms of a .275 average, 25 homers and 85 RBI and draft Hill based on those projections – you likely won’t be disappointed.

2. Ryan Franklin, RP, St. Louis Cardinals: Franklin was dominant for most of the 2009 season, but September treated him like a ceiling fan treats a soda cracker One look at Franklin’s September numbers: a 7.56 ERA, a 2.52 WHIP, three blown saves and a softball-esque .382 BAA – should tell you all you need to know about his long-term prospects as the Cardinal closer. The 37-year-old clearly wore down as the season wore on, and his lack of a strikeout pitch (only 44 Ks in 61 IP last year) makes him dependent upon the kind of pinpoint control that becomes tougher to achieve as fatigue sets in. Oh by the way, cannon-armed Jason Motte and Mitchell Boggs are lurking in the Redbirds’ bullpen. Draft Franklin as your No. 2 closer, but have a back-up plan in place.

3. Marco Scutaro, SS, Boston Red Sox: Scutaro put up career numbers last season, and that’s worrisome coming from a 34-year-old who had never reached double-digits in either steals or homers before his breakout in 2009. When you factor in that the .265 career hitter batted a robust .282 last year, you have a crash waiting to happen. Sure, Fenway Park boosts hitters’ ability (see: Rice, Jim for more), but the fact that Scutaro will be batting at the bottom of the order may temper whatever gains he might see from playing half his games in the Shoebox. Scutaro is a nice reserve middle infielder in most formats, but don’t count on anything close to the kind of numbers he produced in 2009.

4. Javier Vazquez, SP, New York Yankees: Vazquez’s last trip to the Big Apple was ugly by every account: a 4.91 ERA, 1.29 WHIP and pedestrian 150 strikeouts in 198 innings pitched. Throw in his miserable 6.92 ERA in the second half, and it’s easy to see why Yankee fans were not unhappy to see Javy pack his bags and head west. Well, he’s back, fresh off a dominant campaign with the Atlanta Braves, during which he posted a career-best 2.87 ERA and 1.03 WHIP. Problem is, when a 33-year-old pitcher eclipses his career standards by such a wide margin (his old marks were 3.24 and 1.08) and that same pitcher has finished with an ERA above 4.40 four of the past six seasons, some fallback is all but certain. That fall may be more free-fall than pratfall now that Javy’s back in the AL East. Draft him – but do so with the expectation that his ERA will climb close to 4.00 again.

5. Michael Cuddyer, OF, Minnesota Twins: Cuddyer managed to stay relatively healthy the entire season last year, and the result was a new career high in home runs with 32. While that’s nice and all, he eclipsed his old career standard by eight homers – a major red flag with a player who’s on the back side of 30. No one’s certain yet how the Twins’ new outdoor yard will play, but it can’t be a good thing to be trying to hit a baseball in near-freezing temperatures…which Minnesota figures to see for at least a month and a half of the season. Cuddyer is a nice low-end starting Fantasy outfielder, but don’t draft him expecting another 30-plus bombs. Make sure he’s in your lineup against lefties, though, as he clouted 15 of his 32 homers (in just 166 at-bats) against southpaws.

6. Garrett Jones, OF, Pittsburgh Pirates: Jones came out of nowhere to smack 21 homers, steal 10 bases and bat .293 in just 82 games. “Nowhere” was a decade’s worth of minor league baseball, and Jones’s power surge last season eclipsed just about anything he had done since launching 30 bombs (in 450 at-bats) for Double-A New Britain back in ’04. His career minor league average stands at .258, and he’s a .276 lifetime hitter in the bigs. Jones plays for the woeful Buccos, which should guarantee him plenty of at-bats this season, but expecting a full season’s worth of his stellar 2009 numbers would be unwise indeed. Jones undoubtedly has holes in his swing, and as pitchers learn to exploit his weaknesses, his average should plummet – along with his Fantasy value. Twenty homers and close to a dozen steals is a definite possibility, but plan on a batting average in the .260s and you won’t be disappointed.

7. Jake Peavy, SP, Chicago White Sox: Peavy owns a solid 3.26 career ERA, but he owes much of that success to the cavernous environs of PETCO park, where he has posted a 2.82 ERA, 1.09 WHIP and .219 BAA in 113 career starts. On the road, his numbers are much less appealing: a 48-37 record, 3.79 ERA, 1.29 WHIP and .244 BAA. He’ll be pitching half of his games in one of baseball’s more hitter-friendly yards, and will have to deal with the designated hitter as well. If that weren’t enough, Peavy’s 3.45 ERA last year was his worst showing in three seasons, and represented a jump of .60 over his 2008 number. Peavy’s buggy-whip motion looks like it puts tremendous strain on his arm and shoulder – and indeed, he has missed significant time in each of the past two campaigns. The big right-hander should do all right on the south side, but his days of dominant two-something ERAs are likely far behind him – about 1,733 miles southwest, in fact. If you draft Peavy, set the bar at 175 innings, an ERA close to 4.00 and a WHIP in the upper 1.20s and you should be on track.

8. Jason Bartlett, SS, Tampa Bay Rays: Bartlett bulked up a bit during the ’08 offseason, but no amount of time in the weight room can account for the fact that he more than doubled his previous career high in homers. Want more? He added 23 to his career best for RBI, and eclipsed his old OPS standard by a cool 119 points. He also batted .320, exceeding his previous full season’s best by 34 points. All of this points to a good player who performed like a great player for a good part of the season – and that theory bears out when you consider the more realistic .294 he batted after the Break, and the downright awful .232 he posted in September. Bartlett took a definite step forward offensively last season, and he should again steal 25-30 bases in 2010 – but don’t accept his ’09 numbers as his new norm. Draft Bartlett expecting something in the .285-10-55-25 range and you’ll be very happy with him as your Fantasy shortstop.

9. Mark Reynolds, 3B, Arizona Diamondbacks: After launching 44 homers and stealing 24 bags in 2009, Reynolds is being hailed as the new Fantasy stud at the hot corner, but we’re not buying in just yet. He whiffed 223 times last season, and still managed to bat .260 – which indicates some very fortuitous results lie within his BABIP numbers. In fact, Reynolds’ 2009 BABIP of .338 matched that of Bobby Abreu, who batted .293 on the season. With this in mind, if Reynolds’ contact rate doesn’t markedly improve this season, his batting average will almost certainly head south – though his prodigious power will still be there. What’s not so certain is his running ability, as the 26-year-old amassed just 11 steals in his 333 minor league games – a number he matched in his first year with the D-Backs. Power, you betcha…steals, maybe…but at what cost?

10. Michael Bourn, OF, Houston Astros: Bourn can run like the wind – and speaking of wind, he generated a ton of breeze with those 140 strikeouts he racked up in 2009. How on earth did the slap-hitting Bourn manage to fan 140 times and still bat .285? You guessed it – the BABIP fairy gave him a double-dose of pixie dust. His ridiculous .366 in that category is almost certainly not sustainable; heck, Joe Mauer only managed .370 – so Bourn’s average is likely due for a tumble in 2010. Don’t forget: this is the same guy that batted just .229 back in 2008, and as long as his contact rate stays low, he’s a candidate to slip back into the .260 range. Bourn should still be in line for 50-plus steals, and should score 90-some runs again, but don’t look (or pay) for any stat-cat help other than that.

This season, there are a whopping 18 players returning from our 2009 rankings, while only 17 graduated to the major leagues. Five players slipped out of the rankings, which represents the same number as last year. There are just 27 newcomers to the list this season, one less than we had last year when we ranked just 40 prospects in total.

This is a position that quickly gets very ugly. After the top five or six, you start to get into some risky plays, so the hot corner is not a position we’re thrilled with this year. The key takeaway here is that if you don’t get a stud, don’t overspend.

In 2010, the shortstop position is ugly, ugly, ugly. After the top five, you’ll experience a big thud with the fall off. So if you don’t get one of the big ones, feel free to wait until the mid to later rounds to get your SS. You’ll have to make the call whether it’s worth it to grab one early.