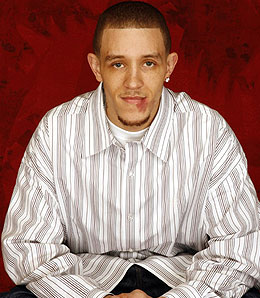 Delonte West should continue to man the point for the Cavs while Boobie Gibson tries to work his way back in shape.

Daniel “Boobie” Gibson was able to return to action Wednesday night after being forced out early Sunday with a left ankle sprain.

It’s great news for Gibson owners, who had to deal with the Cavs’ guard missing 18 games earlier this season with an injury to the same ankle.

Having said that, Gibson wasn’t exactly sharp tonight, sinking just 1-of-7 for two points in 19 minutes off the bench as Cleveland rallied from an early deficit to outgun the Bobcats 118-114 in Charlotte.

At this rate, starter Delonte West looks safe for the time being, and followed up his big game Sunday (18 points, 11 assists) with another solid all-around effort (10 points, seven assists, five rebounds, one steal, one block and one 3-pointer). Clearly, it’s going to take some time before Boobie is ready to take over the starting PG job, shifting West back to the two-guard spot.

The big winner here may be Devin Brown, who is not only starting and playing heavy minutes, but performing. Wednesday, he scored 20 points with eight assists, five rebounds and two steals. Hello? It may be time to give Brown some waiver wire love, people.

Ben Wallace (back spasms) has been cleared to play, but he missed his second straight game as coach Mike Brown decided to play it safe with his big man.

Of course, Big Ben hasn’t exactly been thriving since arriving in Cleveland, averaging just 4.9 PPG and 7.9 RPG, with numbers down almost across the board compared to what he was doing in Chicago.

In the meantime, Anderson Varejao continues to start, and judging by what he did tonight (17 points on 8-for-9 shooting with 12 rebounds), Sideshow Bob looks like a nice short-term pickup.

By RotoRob
Tags: Delonte West
This entry was posted on Wednesday, April 2nd, 2008 at 10:08 pm and is filed under BASKETBALL, Injuries, RotoRob. You can follow any responses to this entry through the RSS 2.0 feed. Both comments and pings are currently closed.