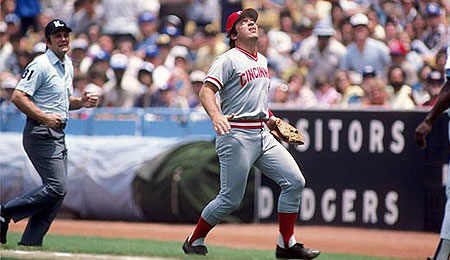 Hall of Famer Johnny Bench was just one of the stars churned out in Cincy under Sheldon “Chief” Bender’s watch.

The baseball world lost a good one this week when Sheldon “Chief” Bender, former farm director of the Cincinnati Reds, passed away on Wednesday at the age of 88.

Bender began his tenure as the Reds’ minor league director in 1967 and ran it until 1989, finally retiring in 2005. By that point, he had accumulated 64 years in the sport as a player, manager and executive.

By RotoRob
This entry was posted on Friday, February 29th, 2008 at 3:04 pm and is filed under BASEBALL, Obituary, RotoRob. You can follow any responses to this entry through the RSS 2.0 feed. You can skip to the end and leave a response. Pinging is currently not allowed.