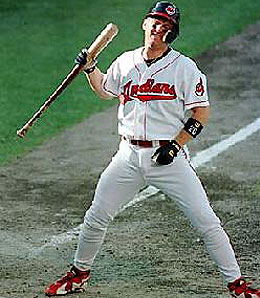 Despite hitting .295 in a dozen big-league seasons, Kevin Seitzer couldn’t coax much success out of the Snake sticks, and he paid the price last week.

Another week, another Arizona Diamondbacks’ report from the guys at azsportshub.com.

As we predicted just last week, hitting coach Kevin Seitzer took the blame for the D-Backs’ hitting woes and was canned — the very next day. Anyone else you want us to get fired?

Rick Schu, the team’s minor league hitting coordinator, took over for Seitzer and the move paid immediate dividends as the D’Backs snapped a five-game skid by winning their first two out of the break, scoring 13 runs and going 9-for-19 with runners in scoring position in the process. Unfortunately, this surge was short lived. Arizona has gone back into the tank, dropping its last three games heading into last night, and scoring a mere five runs in total.

The Diamondbacks now sit at 49-46, five games out in the NL West and just a half a game up on the surging fourth-place Rockies. They are now 3.5 games out in the Wild Card race, and again, while no panic is necessary here, a 2-8 mark in the last 10 does not bode well with two more games in Milwaukee against the Brewers, followed by three in Wrigley against a hot Cubs team. When Arizona next steps foot in Chase Field on July 23, it could be time to start thinking about 2008. On the plus side, the Snakes avoided the injured Ben Sheets in Milwaukee and miss NL win leader Carlos Zambrano in Chicago.

On July 7, Tony Pena served up three hits and a walk in just two-thirds of an inning to absorb the loss and undo a great comeback that saw Arizona score three in the eighth to tie the game. But it’s hard to be down on the sophomore reliever given what he’s done this year. True to form, he’s bounced back from that rough outing by giving up just one run and one walk over four innings since, striking out four in the process. For the year, Pena’s walk rate is up slightly, but he’s more than compensated for that by being virtually unhittable (35 hits in 51 2/3 innings with a BAA of under .200). Pena is right there among the best set-up men this team has, and at the age of 25, you could easily be looking at a future closer here as we’ve discussed in the past.

During that game that Pena had his meltdown, starter Brandon Webb didn’t pitch poorly, surrendering only five hits in seven innings, but both of his walks proved costly and he wound up surrendering four runs. In July, Webb’s hit a rough patch, giving up 23 hits and 13 runs (12 earned) over 18 2/3 innings. He’s managed 22 strikeouts against seven walks, which is a good sign, but Webb’s ERA is creeping towards 3.50 after being down to 3.05 at the start of the month. Personally, I’m not worried about this workhorse. I remain confident he’ll work his way out of things, even though in recent years, he’s been a slightly weaker pitcher after the break.

Eric Byrnes led the comeback that game with a three-run homer, his 14th blast of the season. In six games since, however, he’s failed to go yard and has managed just two ribbies with only one walk. Despite the recent power shortage, Byrnes is one Diamondback hitter whose work this year we can’t quibble with. Despite sliding since his amazing May, he’s still having a career year and, with 190 total bases already, should squash his career best of 271, set last year.

Okay, we’ve dragged Doug Davis through the mud all year. Let’s give him some love. In July, he’s given up just 15 hits and seven runs in 19 innings. Impressive, isn’t it? Okay, now let’s burst that bubble: he’s walked 13 and struck out just eight over that stretch. That ERA will skyrocket soon enough. Davis has lost 10 of his 20 starts this year, and with his propensity to walk a pile of batters every game, plus his .300 BAA, trouble will ensue because he’s only managing 6.2 Ks/9 – his lowest rate since 2003 – and not high enough to compensate. Davis’ command is just rancid this year and looks to be getting worse. Steer clear.

Reliever Brandon Lyon continues to look good, tossing four shutout innings with just one hit allowed since July 8, and picking up his sixth win of the season during that stretch. Lyon, who has been one of the best set-up men in the NL this year and has definite value in leagues where holds count, is a bit of a enigma. His strikeout rate (4.2 Ks/9) has never been lower and his command has never been worse. So explain to me how he has an ERA of 2.20 with a walk rate that’s increased? It hasn’t cost Lyon because, simply put, he’s never been harder to hit. With just 40 hits allowed in 45 innings, he’s getting the job done, despite not missing many bats.

On the cold front, Stephen Drew, stuck in a 7-for-35 skid, got the night off Wednesday in favour of Augie Ojeda. Offensively — and there are lots of candidates — there is perhaps no bigger disappointment than Drew on this club. In 325 at-bats this year, he has five homers and is batting .240. In 209 at-bats as a rookie last year, he had the same number of homers, with a .316 BA. He’s simply not getting on base enough to be a factor. While Drew seemed to be starting to roll earlier this month, he’s gone right back into the tank. I’m not impressed.

Finally, Livan Hernandez’s gopheritis is getting out of control. After getting shelled for three long balls Saturday, he’s now given up homers in nine straight starts, including seven in the past three outings alone. The long-time workhorse is 5-5 on the year, but his .485 SLG against is a career worst. Needless to say, lots of walks (eighth in the NL with 51) and lots of long balls (19 in 19 starts) is a very bad recipe.

By RotoRob
This entry was posted on Thursday, July 19th, 2007 at 9:48 am and is filed under BASEBALL, RotoRob correspondent report, Team report. You can follow any responses to this entry through the RSS 2.0 feed. You can leave a response, or trackback from your own site.